Following the introduction of the Restoring Education and Learning (REAL) Act, which would restore Pell Grant eligibility to students who are behind bars if approved,  Prison Fellowship, The Education Trust and the Institute for Higher Education Policy (IHEP) have released statements commending the proposed legislation.

“The REAL Act won’t change the day on which someone is released from prison, but it can dramatically change the person who is coming home,” said Heather Rice-Minus, vice president of government affairs and church mobilization at Prison Fellowship, the largest outreach to current and former prisoners and their families. “By unlocking second chances through access to education, we recognize the human dignity and potential of our brothers and sisters behind bars and will realize safer communities as a result.”

“We know that higher education programs operating in prison can be incredibly transformative and can promote successful reentry and post-release outcomes, including increased employment, civic engagement, and continued postsecondary attainment, among thousands of impacted individuals,” said Dr. Julie Ajinkya, vice president of applied research at IHEP. “Prison-based higher education programs can transform students’ lives and hold the unique potential to close racial- and income-based gaps in educational attainment, disrupt racial disparities in our criminal justice system, and create a more just society. The REAL Act removes a fundamental barrier to opportunity for incarcerated students, and we urge all policymakers to support this important legislation.” 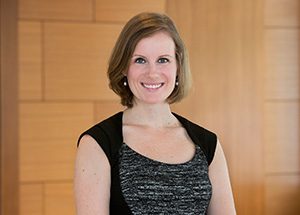 Dr. John B. King Jr., president and CEO of The Education Trust, agreed, adding that the measure “will help returning citizens succeed when they come home and make our communities stronger and safer.”

“I know firsthand that education can save lives because it saved mine,” King said. “Students who are justice-impacted or incarcerated should have the opportunity through higher education to change their lives and the lives of their families and loved ones. They should be able to contribute to our country and envision a new future. Relatedly, unjust school discipline practices that feed into a very real school-to-prison pipeline can lock up students’ futures as early as four-years-old. For some justice-impacted students, it may be a second chance. But, the reality is, so many never had a first.”