Delgado Community College has appointed Dr. Larissa Littleton-Steib as its next chancellor, effective July 1. She will succeed Dr. Joan Davis, who stepped down from the position in August after four years to begin a new role as vice president of administration and policy of the Louisiana Community and Technical College System (LCTCS).

“Dr. Littleton-Steib is the perfect fit for the students, the college and the community it serves, and she will continue leading our efforts to deliver world-class academic and workforce training,” said Tim Hardy, chairman of the system’s board search committee. 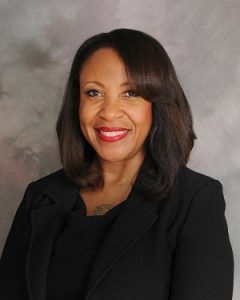 Littleton-Steib currently serves as chancellor of Baton Rouge Community College, a role she has held since 2016. Throughout her time at Baton Rouge, Littleton-Steib has initiated efforts that have improved student enrollment, advanced the community college’s fiscal health and stability and furthered business and industry partnerships, according to NOLA.com.

With over 20 years of experience working education under her belt, Littleton-Steib has an extensive background in program development, grant writing and workforce development and training. She previously chaired the Delgado Community College Strategic Planning Committee and has managed over $22 million in state and federal funding to support the workforce goals of Delgado.

Before joining Baton Rouge, she served in several roles at Delgado, such as vice chancellor of workforce development and dean of technical education.

“I can tell you that I have had a fingerprint on many great things that have happened at Delgado” she said. “And I will hit the ground running.”

Delgado, the largest college in New Orleans with 13,152 students enrolled in for-credit courses in spring 2019, first opened its doors in 1921 as a vocational trade school after Jamaican immigrant Isaac Delgado, who became a wealth sugar planter, donated his estate to the City of New Orleans.

The school was designated as a community college in 1980.

Littleton-Steib received a bachelor’s degree and master’s degree from Xavier University of Louisiana and a Ph.D. in urban higher education from Jackson State University.