This has probably been overstated, but the times in which we live feel like a critical juncture in American history. The rise of previously silenced or ignored voices that assert themselves daily through democratizing channels like social media or personal blogs significantly contribute to greater representation of and respect for Black issues across society, particularly in education. The advancement of educational aspirations for Black Americans has been facilitated by key individuals and organizations for decades, two of which celebrate milestone anniversaries this year. 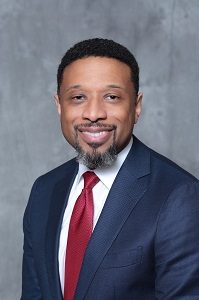 UNCF was founded 75 years ago as a joint effort among private HBCU presidents to more effectively fundraise for their institutions. What began as a call to action by Frederick D. Patterson — Tuskegee University president at the time — in 1944 has evolved into the largest private scholarship provider to minority students in the country, having raised almost $5 billion dollars since its inception. Thirty five years ago, Diverse was launched as Black Issues In Higher Education, providing a forum for news and awareness about HBCUs and the postsecondary issues relevant to Blacks in higher education in the 1980s. Having evolved to promote issues impacting a broader but still marginalized swath of the population, Diverse continues to provide insight into critical issues that are ignored by mainstream media and offers a platform for scholars and leaders who challenge the status quo and raise concerns articulated nowhere else.

Due to the presence and efforts of these two noteworthy organizations, the education challenges facing African Americans and other minoritized groups are discussed differently than they were 75 or even 35 years ago. HBCUs are discussed in popular culture and the education discourse in a manner heretofore never seen. The influence of HBCUs on Beyonce’s Coachella performance and the fervor over her Homecoming documentary release is testament to this. Federal education policy is more focused on efforts to improve the outcomes of African American and Latino students than in years past. We understand that these gains are not solely the result of UNCF’s and Diverse’s efforts; several individuals and organizations have been substantial contributors to the chorus of voices that have helped to diversify our dialogue and push our own narrative. Despite this progress, significant work remains.

As long as thousands of African American children continue to attend under-resourced schools, relegating the majority of them to unfulfilled careers and lives and doing nothing to close the wealth gap, then our work remains unfinished.

As long as gaps in student outcomes based on race exist at every level of education in America, then our work remains unfinished.

As long as there are those who are uninformed about the realities of secondary and postsecondary education in America, such as non-White school districts receiving more than $23 billion less in funding than predominantly White districts, then our work remains unfinished.

As long as HBCUs are not recognized for doing a better job than non-HBCUs of enrolling and graduating students who are disproportionately from low-income, academically underprepared backgrounds — many of whom require additional support and resources to succeed in college — then our work remains unfinished.

This is why UNCF — particularly its Frederick D. Patterson Research Institute and Institute for Capacity Building (ICB) — and Diverse are partnering on this regular blog. We will share Patterson Institute research — past, present and forthcoming — along with our unique perspective on HBCU-relevant issues, as well as on topics that impact K-12 and higher education writ large. Work from ICB, including the innovations being driven by the UNCF Career Pathways Initiative funded by Lilly Endowment, will be shared as we continue to build distinct operational capacities within UNCF-member institutions and other HBCUs. We will provide thought-provoking content that not only illuminates UNCF’s position on issues, but that also stimulates discussion from diverse perspectives to ensure our national dialogue is more robust and wide-ranging. Despite the coarseness of our current dialogue, it is only through the dynamic exchange of ideas that we have been able to advance to where we are today. UNCF and Diverse plan to continue facilitating that exchange.

UNCF celebrates its 75th Anniversary this week — April 25 — and believes there is no time like the present to reinforce its legacy as the nation’s largest and most effective minority education organization. Please be on the lookout for future blog posts that not only illuminate UNCF work, but that tries to help us think about education differently so our students are better served and our HBCUs are stronger.

We also want to hear from you. Send us ideas of topics you would like covered. Feel free to leave comments, share, or post our blog to your networks. Remember, “a mind is a terrible thing to waste, but a wonderful thing to invest in.”

Dr. Brian K. Bridges is the vice president for research and member engagement at the United Negro College Fund. You can follow him on Twitter @BBridgesPhD

Livingstone College on Lockdown After ‘Hundreds’ Involved in Fights

Stepping Away from the Brink: Part VII: Faculty and The Academy