Each year, College Signing Day on May 1st marks the start of thousands of Americans’ higher education journey. It is also the five year anniversary of Reach Higher, the initiative launched by former First Lady Michelle Obama to inspire every student to “take charge of their future” by furthering their education past high school. 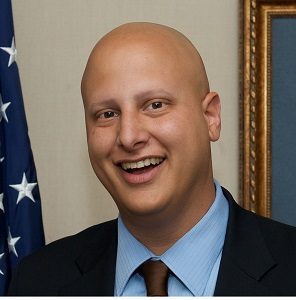 Since Reach Higher’s launch in 2014, hundreds of thousands of students have been supported and encouraged to achieve their aspirations through the initiative’s signature programs, including College Signing Day, Better Make Room, the Beating the Odds Summit.

While college access will remain a priority, initiative leaders are working to make college completion and equitable student outcomes a significant part of their work to support students going forward.

“The idea that Reach Higher is still around and building a college-going culture five years later means that we’ve made tremendous progress, but there’s still so much more work to do,” said Eric Waldo, executive director of Reach Higher. “We know that in today’s global knowledge-based economy, some education past high school has to be the goal for every young person. It’s not a secret that college is worth it. It is worth it and we know that’s the thing that will help students achieve their dreams, will help them enter the middle class, will help them live longer, healthier and more productive lives.”

Reach Higher will be celebrating its anniversary and College Signing Day at the University of California, Los Angeles, where about 10,000 students, who are predominantly first-generation and low-income from the greater Los Angeles area, will hear from Obama and more than 50 artists, athletes, celebrities, musicians, gamers and others. The entire University of California system will have College Signing Day events on their campuses as well.

This year’s College Signing Day will engage students online and at more than 3,000 events across all 50 states – a significant uptick from the couple dozen events in 2014, Waldo pointed out. Online, individuals will be posting using the hashtags #CollegeSigningDay and #BetterMakeRoom.

Advocacy groups and nonprofits will also be championing college access and success. The Education Trust–West, for instance, will be hosting a rally on College Signing Day calling for greater financial aid access to increase equity and opportunity for all students.

First-generation student Bethania Perez will be attending the College Signing Day event at her institution, the University of California at San Diego. A native of Pico Rivera, California, Perez never saw college as a destination until high school, where she realized that she wanted to be an inspiration for her younger brother as well as students coming behind her from similar backgrounds. Perez’s upbringing as a first-generation student empowered her to be more resilient to obstacles along her education journey, she said. What she loves most about her college experience is the independence and opportunity to meet people from around the world.

“I love how I have all the ammunition to pursue my interests and learn something new in and out of class every day,” she said. “I love meeting people with similar and different passions and creating friendships that will last a lifetime.”

“The percentage of low-income students who complete a postsecondary degree in six years is still too low,” he said. “Right now, if you’re from the bottom income quartile, you’ve got about a nine percent six-year college graduation rate compared to about 77 percent for the upper income quartile. The difference there is staggering and we need to change those outcomes. [Students’] income, their zip code shouldn’t be the determiner of your educational outcomes.”

A recent partnership between Reach Higher and The Common App will enable the initiative to reach even more first-generation students like Perez through The Common App’s more than 800 member schools.

The initiative will also continue to offer and scale their programming that exposes high school students and their families to college and career opportunities, helps them navigate the financial aid process, supports high school counselors and connects students to others on social media who often share how transformative education has been in their lives.

“College is a joyful thing and we need to work hard” for all students to experience it, Waldo said. “I think that’s one of the things Reach Higher can continue to do at The Common App, with counselors, with the higher ed community. We need to get all these incredible nonprofits and these big actors in the college access space to really rethink and reimagine how we want to make college more equitable, but also more joyful.”