Almost a year ago to the date, the country witnessed a resurrection of the new Poor People’s Campaign rally in Washington, D.C. This campaign, under the leadership of Rev. Dr. William Barber II and Rev. Dr. Liz Theoharis, builds upon the legacy of Rev. Dr. Martin Luther King, Jr. who planted the seed of the campaign in 1968, but was unable to witness the fruits of his labor due to his untimely assassination. Towards the fight against poverty and prejudice, about 3,000 persons occupied the National Mall for 40 days in 1968, which they would later call ‘Resurrection City’. 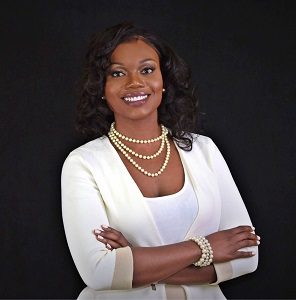 Just last year in May of 2018, we witnessed the resurrection of Resurrection City as the new Poor People’s Campaign continued the fight against poverty, structural racism, voter suppression, militarism, and a host of others. This demonstration also spanned 40 days of community organizing with thousands of participants. Despite the similarities of the campaign from 1968, Dr. Barber was clear in that this is not a commemoratory event, but rather a “reinauguration” of the fight against poverty and a focus towards a moral foundation.

With a myriad of demands, one of them is that of educational equity. Furthermore, the campaign has a motto and focus of ‘A National Call for a Moral Revival’. As we approach the one-year anniversary of the new PPC rally in the nation’s capital and also the forthcoming Moral Action Congress to take place this coming June, I could not help but to question the role of morality in educational equity in the space of higher education. Oftentimes, the approach towards equity and inclusion involves an analysis or application of practice. Yet, it does not investigate or explore the decision-making process behind the practice or the production of such values that influence the same.

The late Rev. Dr. Samuel DeWitt Proctor was an advocate for equity through the lens of humanity and a solid moral center. As the past president of two historically Black colleges and universities and endowed chair at Rutgers University, Dr. Proctor recognized the fight for justice was one that had a higher purpose and a call for the development of moral consciousness. He states, “Many persons have never given thought to the question of the source of their own values and simply live from day to day on the basis of conventional, acceptable behavior. However, most of us have our own story to tell about how we accumulated the reservoir of values that give moral ballast, as well as emotional and spiritual fulfillment, to life” (Proctor, 1989, p. 17).  The source of individual and institutional values often reflects the history embedded in the fabric of such and thus continuously affects daily practices, policies, culture, climate and discourse. As we push towards a higher purpose of equity, justice and inclusion, we must consider an analysis of the production and application of individual and institutional morality.

The question then is how do these values and decision-making processes between right and wrong help or hinder us in the achievement of educational equity? Do our policies and practices reflect the placement of morality and humanity at the center? Or do we continually place the needs of marginalized populations on the margins?

Of the campaign, Dr. Barber stated, “there is no religious left and religious right. There is only a moral center” (Gambino, 2018). At the center of this moral argument is the plight of the poor, the immigrant, and the sick. As they give a national call for a moral revival in relation to a political agenda, we must give a call for the centrality of moral consciousness in relation to a research agenda focused on equity and justice. We must pay attention to the development of student values in an effort to create citizens focused on a more just and equitable campus environment and society as a whole (Astin & Astin, 2015). The democracy of our education depends on it.

Dr. Atiya Strothers Love is a vice-provost postdoctoral fellow in the  Graduate School of Education and a research associate for the Penn Center for Minority Serving Institutions at the University of Pennsylvania.