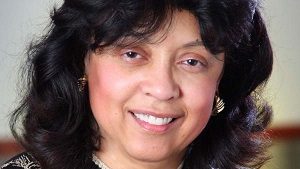 A higher education veteran for more than 30 years, McCurdy comes to BCCC from Rhodes State College, where she served as president for 11 years. She will “rejuvenate the college and set it on a path to sustained growth and success,” BCCC board chair Kurt Schmoke, said.

“BCCC has been an asset for Baltimore City for more than 70 years,” McCurdy said. “I am confident that with the executive leadership and under my direction Baltimore City Community College will continue to transform the lives of its students. As we work to provide students with the best possible preparation to meet their goals – whether through an associate degree, certificate program or job training – I know the entire college community will be inspired and set their sights on a new level of excellence.”

McCurdy takes over from outgoing interim president Dr. James H. Johnson, Jr., who served following the retirement of Dr. Gordon May last year. As the new chief executive, she intends to develop and promote quality programs for BCCC students in order for them to successfully transfer to a four-year institution or into the workforce.

Gordon F. May: The Educator Who Will Never Fully Retire