Earlier this week, legendary filmmaker John Singleton was laid to rest in a private ceremony in Los Angeles, California. After suffering a stroke in mid-April, Singleton, 51, was hospitalized and remained on life support until early last week. An alumnus of the University of Southern California, Singleton was credited for writing, producing, and/or directing more than 40 films, television shows, and episodes over his 27-year career. However, the award-winning artists’ contributions specifically to how many understand the social, historical, and contemporary role of colleges and universities, especially for Black students, might too easily be forgotten. 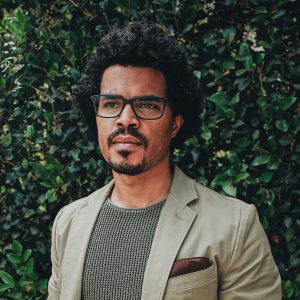 In 1991, the young Black filmmaker from South Central Los Angeles directed his first film, Boyz in the Hood. Fresh out of film school, Singleton offered a visceral account of the very circumstances in which he himself was rendered vulnerable during (and immediately following) the Reagan Era. Through juxtaposed stories of three adolescent Black boys, the film critically engaged issues of racial capitalism, gentrification, community violence, and gender identity in ways largely unfamiliar to wider audiences in theaters. What is more, the film interjects itself into familiar higher education discourses concerning college access, exploitation of intercollegiate athletes, first-generation student status, and the longstanding value of Historically Black Colleges and Universities. Receiving critical acclaim, the film and Singleton would receive notable recognition from the Academy, earning two Oscar nominations for Best Director and Best Screenplay during the same year.

However, Singleton’s sophomore film Higher Learning, released in 1995, more explicitly situated itself within the broader racial tensions of the era and the extent to which they manifested themselves on campus. In particular, Singleton offered the viewer a looking glass through which to understand processes of White radicalization, Black racial identity development, gender relations and sexual violence, and the inter- and intra-racial dynamics between various campus stakeholders (i.e., faculty, staff, students, and campus police). As much social commentary as artistic expression, Higher Learning was (and is) deeply reflective of its geographical and socio-institutional context. In particular, the mid-1990s in California generally, and Los Angeles more specifically, are demarcated by several incidents in which the film interjected itself into public and higher education discourses. For example, consider the impact of Propositions 187 and 209 (as higher education policy) and the Los Angeles Riots and, later, the O.J. Simpson trial verdict on race relations. The former fundamentally altered the racial and ethnic composition of many of California’s postsecondary institutions, which in turn had a measurable impact on the further marginalization and disenfranchisement of racially minoritized college and university students. The latter, as central to the early part of the decade, were embedded within a long historical narrative of anti-Black racism in the forms of housing discrimination (i.e., redlining), police misconduct and brutality (e.g., Rodney King), and disproportionate sentencing during the War on Drugs. 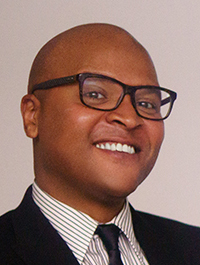 Considering the circumstances in which we currently find ourselves, Higher Learning depicts an all-too-familiar set of conditions in which racial conflicts and crises continue to arise on-campus and beyond. In addition to addressing processes of minoritization, the film underscores how collegiate environments oftentimes further students’ pre-existing biases, prejudices, and discriminatory behaviors, usually without much interruption or intervention. The film directly addressed such socialization in its intimate handling of campus sexual violence, the decentering and dismissal of Black women undergraduates’ emotional labor, and, at its climax, a school shooting by a White supremacist. By and large, Singleton’s work in this regard addressed pressing issues facing U.S. colleges and universities, arguably in ways more substantive than did the broader field of higher education during the same chronological period.

Nevertheless, a cursory review of what predominates today’s higher education news, conference and convening themes, and policy reforms and repeals indicate the ways in which Singleton’s select works are at the very center of contemporary higher education research and practice. For this reason, and innumerable others, Singleton’s film(s) continue to be as illustrative as they are pedagogically useful. Very few mainstream films, in fact, have better translated the troubling experiential realities impacting postsecondary institutions and their social contexts. So much so that, as a collective of Black higher education faculty, Higher Learning specifically remains a seminal text used in our courses as well as those of our colleagues. It serves as an important companion to the clarion call for doing social justice offered by leading scholars on issues of race, gender, and sexuality in our field. In fact, and perhaps more importantly, Singleton’s vision in 1995 illustrated many of the preventable consequences of failing to do so. Therefore, in the wake of Singleton’s transition to the ancestral plain, it would be negligent to not place his masterwork(s) in film with the seminal texts on college access, interactional diversity, campus climate, and identity development in the study and practice of higher education. What is more, Singleton represented so many of those very discourses in his own story. Having come of age vulnerable in America, only to arrive on a campus not built for his ambition, Singleton approached the intellectual and creative exercise of university life in ways that suggest attaining the very futures to which his characters aspired. From joining Kappa Alpha Psi Fraternity, Inc., a historically Black Greek Letter Organization, as an undergraduate to becoming a “first-round draft pick” out of one of the nation’s most prestigious film schools, Singleton’s legacy as both a product of and contributor to higher education in the public sphere must never be forgotten.

Dr. Charles H.F. Davis III is an assistant professor of clinical education at the University of Southern California’s Rossier School of Education.

Dr. Steven D. Mobley is an assistant professor of higher education at the University of Alabama.

Being a Good Ally

Watanabe Dedicates Career to the Advancement of Asian Americans