An investigation by the American Association of University Professors has determined that the administration of Vermont Law School violated AAUP principles and standards by imposing a major restructuring plan on faculty last year.

Now the AAUP’s Committee on College and University Governance will decide whether to recommend to the association’s annual meeting that the school be sanctioned for “substantial non-compliance” with AAUP-supported standards of academic governance as set forth in AAUP’s Statement on Government of Colleges and Universities, which was jointly formulated by the AAUP, the Association of Governing Boards of Universities and Colleges and the American Council on Education. 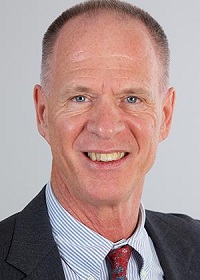 VLS could not be reached for comment on the report, which was released Thursday.

According to the AAUP investigative committee, the governance structure at the South Royalton school, which does not have a faculty senate, raised some concerns.

“After conducting lengthy interviews with more than 20 faculty members and administrators, the committee became aware that while a form of shared governance has existed at VLS since its founding, it has not always been robustly practiced or fully understood,” the report stated. “This is so even though most full-time faculty members — regardless of tenure status — serve on committees and are eligible to vote.

“The right to participate means little, however, when such participation contemplates, as it did in the case of the restructuring process, only the solicitation, compilation, and com­munication of data and not the analysis, assessment, and application of it to the crisis at hand by appropri­ate faculty bodies. Similarly, the right to vote means little if the voting faculty, as a body, does not actively participate in deciding essential matters — such as the future of the school, the retention of various faculty members and program offerings — on which its input should presumably be desired and sought.”

AAUP launched the investigation of VLS, the state’s only legal education institution, when the administration decided to restructure the faculty in an attempt to address major financial challenges last May and June.

The changes entailed decisions to cut salaries, reduce the number of full-time positions and eliminate the tenured status of three-fourths of the highest-paid faculty members – all without including faculty in the decision-making in a meaningful way, according to AAUP.

As a result of the administrative changes, 14 of the 19 tenured faculty members became at-will employees, which greatly reduced the number of full-time faculty and transferred most of the teaching to lower-paid contingent faculty. Faculty members with restructured appointments were required to sign nondisclosure and non-disparagement agreements, as well as releases of claims.

The investigating committee found that the administration’s actions violated principles and standards outlined in the Statement on Government, which affirms that institutional decision-making should be jointly done by the faculty, administration and board – commonly referred to as shared governance – and that the faculty should have “primary responsibility” for decisions about faculty personnel matters, academic policy and curriculum.

Investigators also found that Thomas McHenry, the school’s president and dean, acted and spoke in ways that strained trust.

McHenry had said in an October 2017 faculty meeting that the school was in having serious financial difficulties, and at subsequent faculty meetings asked for suggestions from the faculty about ways to reduce the deficit. However, the administration never responded formally responded to proposals or consulted key faculty committees.

That left the faculty with no meaningful role in analyzing or approving a restructuring plan. To add insult to injury, the report said, McHenry was quoted in a local newspaper in July as comparing faculty members to children being “handled” by the administration.

Investigators concluded the report on a cautiously optimistic note, stating that “every single person with whom we spoke in the course of our investigation expressed a commitment to Vermont Law School. Everyone was devastated by the events of last spring and the school’s continuing difficulties. All of those we spoke with, and the members of this committee, want to see VLS survive so that it can carry forward its mission to educate and train leading environmen­tal lawyers, particularly in a time when they are so needed.

“Vermont Law School will be able to do so, however, only if it conforms not only to the letter of AAUP-supported standards, but to the animating spirit of the AAUP’s commitment to shared governance, academic freedom, and the common good.”