WASHINGTON – Women and underrepresented minorities in STEM fields need not just greater access to education and careers in STEM fields, but more support finishing the credentials and remaining in their jobs if gender and racial disparities are to be eliminated and if the United States is to maximize its potential as a just society and global leader.

That was the biggest takeaway from a public hearing of the House Science Committee on Thursday, two days after the introduction of the STEM Opportunities Act by Rep. Eddie Bernice Johnson, D-TX, and ranking member Rep. Frank Lucas, R-OK.

“Today’s discussion is long overdue,” said committee chair Johnson in opening remarks, noting that the committee’s last such discussion on increasing diversity in STEM fields was in March 2010. 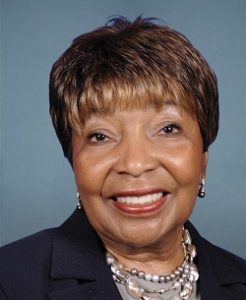 Since then, she said, progress has been “very slow” in some regards and nonexistent in others, an assertion that invited speakers and committee members backed up with statistics throughout the hearing.

Aimed at accountability, the bill would require:

· Collection of more comprehensive demographic data about recipients of federal research awards and on STEM faculty at U.S. universities.

· Development of consistent federal policies, such as no-cost award extensions, for recipients of federal research awards who have caregiving responsibilities.

· Consistent federal guidance to grant reviewers and program officers on best practices to minimize the effects of implicit bias in the review of federal research grants.

· The federal Office of Science and Technology Policy (OSTP) to develop guidance for universities and federal laboratories to help them identify cultural and institutional barriers limiting the recruitment, retention and achievement of women, minorities, rural students and other underrepresented groups in academic and government STEM research careers and also develop and implement best practices for reducing barriers.

The legislation also would authorize the National Science Foundation to award grants to universities to implement or expand research-based practices targeted at increasing the recruitment and retention of minority students and faculty.

Lucas noted that some provisions focus “specifically on enhancing computer science education at tribal colleges and universities, which will increase STEM opportunities and career prospects for American Indian and Alaska Native students.” 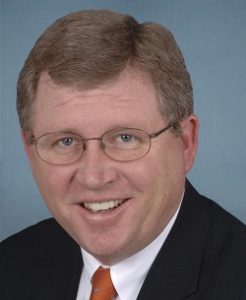 Diversifying STEM research ranks is critical because scientists decide the problems to be studied, the research methodologies, whether to keep or discard data, the priority of research question and how to evaluate whether a solution to a problem is effective, explained former NASA astronaut Dr. Mae Jemison, one of five expert witnesses invited to speak at the hearing.

A brighter future “requires full representation – it’s not a nicety, it’s a necessity,” said Jemison, who in 1992 became the world’s first woman of color in space and is now a principal with 100 Year Starship.

Getting underrepresented students interested in STEM fields really isn’t the issue, she and other speakers said. Children have an innate interest in science, Jemison said, but at some point that changes.

The key is to make education in science – as well as technology, engineering and mathematics – engaging and hands-on, they said.

A consensus was that although post-secondary schools should improve recruitment of STEM students from underrepresented groups – especially rural areas and places with large Black and Hispanic populations – retention in degree programs and on the job requires as much attention.

“We need to turn interest into outcomes,” said Dr. Shirley Malcom, senior advisor and director of the STEM Equity Achievement (SEA) Change initiative at the American Association for the Advancement of Science. “Diversity improves the inputs and the outcomes.”

One way to achieve that is through initiatives such as the Young Scholars Program, a 30-year-old initiative at Ohio State University that identifies low-income, first-generation students in the eighth grade and supports them before and during college, said Dr. James L. Moore III, the university’s vice provost for diversity and inclusion and chief diversity officer.

Of the 400 scholars who have matriculated in college, 43 percent are STEM majors, Moore said.

“Opportunities matter at every level of their educational journey,” he said, adding that inadequate academic preparation and “educational malpractice” are among obstacles that have to be removed. “Access to mentors who reflect and look like them also matters. Diverse faculty attract diverse students.”

The federal and state governments and the private sector should invest more financial resources in the nation’s more than 700 MSIs, which educate 30 percent of America’s college students – including high numbers of underrepresented minorities, low-income and first-generation college students – yet tend to be under-resourced and lack infrastructures vital for STEM education, said Dr. Lorelle Espinosa, vice president for research at the American Council on Education.

The number of MSIs will grow as the nation continues to become more ethnically diverse, underscoring the need for more resources, Espinosa said.

“They are valuable but underutilized and need more intentional investment so they can contribute more significantly,” she said.

Barbara Whye, chief diversity and inclusion officer and vice president of human resources at Intel, said STEM educations and careers lifted her and her seven siblings out of the poverty they experienced being raised in the South by parents who didn’t graduate from high school.

“I am an engineer because I had access and role models,” said Whye. “It is most imperative that legislation expands opportunities in undergraduate STEM education for underrepresented individuals. This act does that. We have Einsteins all over our nation who are untapped because they don’t have access and opportunity.”

Intel has various initiatives, including partnerships with three Navajo schools in California, to increase STEM diversity and itself achieved gender and racial market parity in employment two years ahead of its goal, she said.

Their effective practices can be adapted elsewhere, she suggested, from commitment at the top leadership levels and accountability systems to culture-changers such as bias training and a discreet “Warmline” reporting mechanism that has helped retain women and minority employees by addressing their self-reported concerns.

Noting that STEM benefits fields outside its own sector, Malcom said creating the expanded employee pool that the market demands lends added urgency to increasing the numbers from groups currently underrepresented.

Meanwhile, she said, increasing diversity requires that barriers in schools and workplaces be removed, including lack of opportunity, uninspired teaching, low expectations, stereotyping, absence of role models and workplace cultures and climates of isolation, incivility, bias and sexual harassment.