SWARTHMORE, Pa. — Fraternities and sororities will no longer be allowed at Swarthmore College following outrage over years-old documents allegedly written by one fraternity there that contains derogatory comments about women and the LGBTQ community and jokes about sexual assault.

School President Valerie Smith made the announcement Friday in a letter posted on the college’s website. Smith says the school’s lone sorority, Kappa Alpha Theta, can continue with its current members through the spring 2022 semester but can’t recruit or initiate new members. 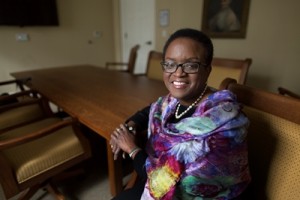 Swarthmore’s decision comes about a week after the only two fraternities at the private liberal arts college in suburban Philadelphia decided to disband following the internal documents’ release.

“The voluntary disbanding of Phi Psi and Delta Upsilon reflects a broader change in student needs and desires. Exclusive, dues-paying social organizations no longer effectively meet the needs of our residential liberal arts environment,” Smith wrote in her statement.

In mid-April, two campus publications released the Phi Psi documents from 2012 to 2016 they said were anonymously leaked. In the wake of the documents’ release, dozens of students occupied the Phi Psi house and called for both fraternities to be shut down and the buildings put to other uses.

The authenticity of the documents has not been verified.

Swarthmore had suspended fraternity activity while it investigated. The sorority wasn’t affected during that time.

Both fraternity houses are on campus and owned by the college. The Phi Psi house was primarily used for parties and other social activities. The college has said both fraternities had decided to relinquish their houses, and Smith said in her statement that long-term plans for the use of the properties are still to be decided.