Less than two years after taking office, seven months after trustees expressed dissatisfaction with his job performance and three months after a deleted-emails scandal, Dr. Rahmat Shoureshi is out as president of Portland State University.

The university announced his resignation Friday, following private personnel meetings conducted by trustees stemming from a report submitted two weeks ago by an auditor and a workplace attorney retained by trustees to investigate allegations that Shoureshi mistreated staff, deceived trustees and put his personal interests above the school’s with extravagant spending and financial demands. 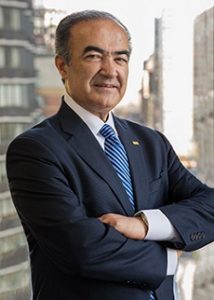 Although Shoureshi’s resignation is not effective until Dec. 14, he no longer is on the campus or doing work for PSU. He is on paid administrative leave and, according to the Portland Mercury, will receive around $800,000 over 15 months.

PSU shared the resignation news Friday evening on social media, eliciting scathing criticism of Shoureshi on Facebook in particular. Also Friday, the board of trustees issued a lengthier formal statement indicating that Dr. Stephen Percy, dean of the College of Urban and Public Affairs, would step in as acting president until the appointment of an interim president.

Trustees were to vote Monday night on Percy’s acting-president status during a public meeting, said Broderick.

“We are grateful for Dr. Shoureshi’s service to PSU these past 21 months,” board of trustees chair Gale Castillo said in the university’s statement. “We wish him the best and look forward to continuing the work that he started.”

The statement noted “significant strides” under Shoureshi’s leadership, such as launch of a $300-million fundraising campaign, creation of the Harold Schnitzer Visiting Scholar Program and expansion of the university’s global reach by promoting new collaborations with universities in Saudia Arabia and China.

Travel costs, as it turns out, were a problem some critics had with Shoureshi.

After filing public-record requests in January and February for all of Shoureshi’s travel records since he took office in August 2017, the Oregonian newspaper and its OregonLive website reported that Shoureshi had made 21 trips costing about $60,000 his first 16 months on the job. China, Vietnam and the Middle East were among destinations shown in bills, itineraries and other documents the university released to the news organization Jan. 22.

When the Oregonian/OregonLive requested all of Shoureshi’s emails dating back to Jan. 22, PSU turned over 1,400 pages containing hundreds of emails to and from Shoureshi that were deleted in January and early February – even though Oregon law requires the public research university to retain emails and other records for six years.

Castillo said she thought Shouleshi was merely being efficient, and Shouleshi defended himself, saying in a written statement that the university “has a system that retains all my emails, preserving documents and correspondence that makes those documents available to all legitimate requests for public records.”

That controversy came on top of the trustees’ rejection in November of Shoureshi’s request for a four-percent raise. According to an OregonLive report, Castillo told the president in the same letter, “We gave you an opportunity to resign, but you have chosen to accept our demands for improved performance.”

Shoureshi’s compensation was more than $720,000 a year when transportation and monthly housing allowances were included, according to a report in the Portland Mercury.

Shoureshi, an Iranian American, arrived at PSU amidst much fanfare. With master’s and doctoral degrees from the Massachusetts Institute of Technology and a history of academic leadership, he is an expert on artificial intelligence, automation and control systems design.

A 2018 recipient of the Ellis Island Medal of Honor and an American Society of Mechanical Engineers Fellow, he holds multiple U.S. patents, was a trailblazer in smart appliances and intelligent buildings and developed noise- and vibration-cancellation technology that is used in planes and cars.