Recent headlines have revealed that money matters more than brains in getting some privileged teens into top universities, but a new report from researchers at Georgetown University found that socioeconomic disparity has long-term effects, far beyond the college years.

Titled “Born to Win, Schooled to Lose: Why Equally Talented Students Don’t Get Equal Chances to Be All They Can Be,”  the study from Georgetown’s Center on Education and the Workforce (CEW) reported that even the most talented disadvantaged youth don’t fare as well as the least talented advantaged youth. It also pointed out that race and ethnicity are factors in the inequities. For example, high-scoring Black and Latino 10th graders were less likely to earn college degrees than White and Asian 10th graders with similar scores. 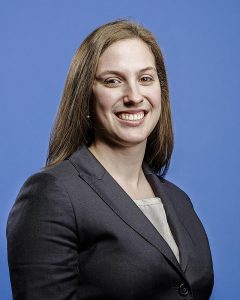 “The chance of a child becoming a successful young adult depends heavily on the economic class of his or her family,” Dr. Megan L. Fasules, an assistant research professor and co-author of the report, said in an e-mail to Diverse. “Many students stumble, but students from economically disadvantaged families are more likely to fall and never recover, even when they have the academic potential and performance similar to their affluent peers.”

Fasules explained that these students are deterred by “material disadvantages that can create barriers to achievement, while affluent students have safety nets provided by more protective and enriched environments.”

The CEW study is being released amid news reports that some celebrities and other wealthy parents paid large bribes and falsified documents in order to enroll their students in prestigious colleges. But the Georgetown study suggests that students from affluent families are likely to become successful anyway, without such extreme measures.

“To succeed in America, it’s better to be born rich than smart,” Anthony P. Carnevale, director of CEW and lead author of the report, stated in the Center’s announcement of the findings.

The Center’s researchers, in partnership with the Annie E. Casey Foundation, examined children’s academic achievement and their early career outcomes as young adults. “Even when they start with bottom-half math scores, kindergartners who have families from the highest quartile of socioeconomic status (SES) often receive the material support they need to increase their scores, earn college degrees, and work in good entry-level jobs as young adults,” the report stated.

However, high-achieving children from poor families have different outcomes.

“Many kindergartners with families from the lowest SES quartile start out with high academic achievement, but without the same protective environments available to their high-SES peers, they are less likely to be all they can be,” the report stated.

The report also found that the likelihood of success is too often determined “not by a child’s innate talent, but by his or her life circumstances . . .” In short, the study added, “the system conspires against young people from poor families, especially those who are Black or Latino. Among these youth, even those who ‘make it’ and earn a college degree are less likely than their more affluent peers to get a good entry-level job as a young adult.”

All of the news was not dismal, however. There were hopeful signs detailed in the study.

“Students from poor backgrounds who show academic promise have higher odds of success, particularly if they maintain high math scores in high school,” the researchers noted.

The report concluded that the disparities can be reduced through reforms and policy changes.

“The fact that children’s test scores go up and down over time shows that there is room for intervention,” Fasules said. “With smart policy changes, education can mitigate the effects of inequality.”

Wisconsin attorney general: Race can be considered in admissions

Divided We Fail: Replicating the Successes and Avoiding the Mistakes of Desegregation