WASHINGTON – Social media plays a major role in how individuals, groups and cultures recognize themselves and each other, an emerging area of study that begs more academic research, according to speakers on a panel at the 69th annual conference of the International Communication Association.

In terms of achieving recognition and exercising power, particularly in political participation, social and digital media are “becoming ubiquitous” around the world, said Dr. Jakob Svensson of Malmo University in Sweden, who presented Friday during a panel about platforms, data and visibility as part of a daylong track titled “Mediated Recognition: Identity, Justice and Activism.”

“Digital media works in tandem with processes of individualization and reflexivity,” he said. “Social media is important in this. It is changing the way we are behaving. The birth of individualism and focus on self and increasing focus on self-fulfillment are related to the idea that you reflect upon yourself through the eyes of others.” 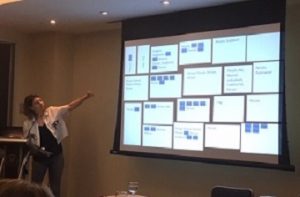 For example, someone posting on Facebook and seeing the number of “likes” it generates affirms the old idea that being recognized by others helps define one’s sense of identity and importance, Svensson said.

Thanks to digital media advances, especially social media, he added, “recognition is perceived to increasingly lie in the hands of the individual.”

Recognition can be translated into power, he observed, as seen with many recent activist groups and social movements such as #BlackLivesMatter and #MeToo and in populist and far-right movements around the world.

Or in Stockholm, where he studied a group’s efforts to save a bathhouse. A coalition of citizens used digital media in tandem with offline communication to save the facility by turning recognition into four kinds of capital – participating, mobilizing, connecting and engaging – and then turning the capital into power.

It is a way, researchers said, for cultural groups that feel marginalized, invisible or oppressed to be heard and exert influence.

Svensson is among more than 3,000 scholars, academic researchers, students and others from the United States and abroad attending the conference, which began Friday and ends Tuesday. The association began more than five decades ago as an organization for U.S. researchers and has grown to a membership of more than 4,500 scholars representing 80 countries, making it the world’s largest international academic association.

Members share an interest in human and mediated communication, and the session on visibility, data and platforms provided a forum for Svensson and colleagues to discuss scholarship on the topic.

Considering another dimension of recognition theory, social and news media across the globe influence the concept of citizenship, how it is defined and who is included – or excluded – in a given space, said Dr. Bruno Campanella, who teaches at the Universidade Federal Fluminense in Brazil.

Social media, particularly, “may interfere with how we are understood and understand others in society,” he said.

Recognition processes continually take place on social media and other digital platforms and can be a ripe area for research on individual and group identity, he said.

Disinformation, Campanella said, contributes to “misrecognition” and impacts citizenship at the levels of individuals, activist groups, social movements, multiculturalism “and the politics of identity.”

Society is headed toward citizens’ lives being permanently by social media, smartphones and other tech platforms that keep people connected even when they’re sleep, he said.

That has implications for how people seek to be recognized and to define themselves and others and issues of inclusivity, he said, and individualized experiences can be limiting.

“Misrecognition can do harm” and affects the media’s significant role in producing cultural citizenship at the group level, he said, citing research about a connection between Filipinos posting on Facebook to fulfill a need for recognition, or members of a hiphop community in Norway.

“Social media structure has to be taken into account when we discuss this subject,” he said. “Social media sites are now marked by ideology. People are trying to broaden the visibility toward recognition of self. People want to be recognized in the media as a way to gain a kind of identity. The media play a really key role in fostering cultural citizenship, but there’s a need to investigate the impact of contemporary media practice, especially social media and its impact on ideas of citizenship.”

How machines recognize visual images such as photos is critical for social movements, which rely heavily on visibility – increasingly through social media – to get their message across, said Katarzyna Elliott-Maksymomicz, a Drexel University Ph.D. student who is studying the subject.

“Recognition is crucial for social movements,” she said.

In a study of Twitter images from right-wing extremist protests in Poland and Charlottesville, Va., Elliott-Maksymomicz found that technology at times misidentified image content, whether people or objects.

The findings led her to ask, “Is this really recognition? Or is it just detection and analysis?”

The distinction can make a difference, she pointed out, and raises other questions about the impact of social media images.

“How can images and visual artifacts speak to us if we don’t know the actual context?”