Social Justice in Action: Creating a Climate of RESPECT at Associational Meetings

Determining how best to respond to reports of discrimination, bias and sexual harassment is an important human rights issue in the United States and around the world today. One approach is to adopt a social justice framework. 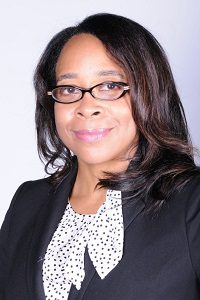 Maurianne Adams and Lee Anne Bell state that the goal of social justice is the “full and equitable participation of people from all social identity groups in a society that is mutually shaped to meet their needs. The process for attaining the goal of social justice should also be democratic and participatory, respectful of human diversity and group differences, and inclusive and affirming of human agency and capacity for working collaboratively with others to create change.”

In response to calls for truth and reporting mechanisms to deal with gender discrimination and sexual harassment, new institutions have been created in Hollywood, the corporate world and now academia.

In particular, professional academic associations like the American Political Science Association (APSA) are taking meaningful steps to create mechanisms and institutions through which individuals can seek resources and information to help them deal with various forms of harassment and other violations of professional ethics.

Diversity and ethics professionals in the world of professional associations like Dr. Kimberly Mealy from APSA are designing (for the first time in many instances) institutional mechanisms for reporting violations of codes of conduct that take place at professional conferences and meetings.

Three such mechanisms are discussed in this article: an ombuds resource, an incident reporting system and the APSA RESPECT Campaign.

In 2017, after a series of thoughtful and deliberative discussions, APSA leaders updated the annual meeting anti-harassment policy and asked the APSA Committee on Professional Ethics, Rights and Freedoms to survey annual meeting attendees who had attended a meeting in the last four years. The survey sought to ascertain the degree to which attendees had experienced harassment.

Of the 2,424 respondents, 37% reported that they had experienced at least one of the three broad forms of negative behavior asked about on the survey: “put downs or condescension,” “inappropriate language or looks” or “inappropriate sexual advances or touching.”

The findings also showed that women were more likely to report having experienced these types of behaviors than were men; and the “put down and condescension” type was the most commonly reported form of harassment by both women and men.

The APSA Council and the Ethics Committee also asked the APSA Office of Diversity and Inclusion Programs to create an organizational annual meeting ombuds. According to the International Ombuds Association (IOA), the role of an organizational ombuds is “to work with individuals and groups in an organization to explore and assist them in determining options to help resolve conflicts, problematic issues or concerns and to bring systemic concerns to the attention of the organization for resolution.”

The APSA annual meeting ombuds first appeared at the 2017 annual meeting and was among the first of its kind for a professional association. In designing this resource, APSA innovated the co-ombuds model which includes two onsite ombuds — one who was a trained organizational ombuds (in this case, a professional university ombuds) and the other, an association member who has extensive training and experience in faculty advising, and diversity, equity and inclusion. 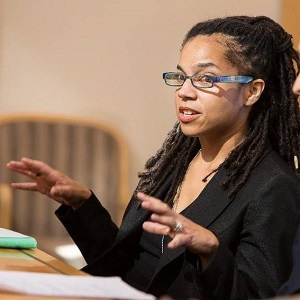 Having the co-ombuds model in place enables a collaborative approach. The ombuds work as a team to support the needs of meeting attendees.

They also serve as a resource to one another. At the end of each meeting, the co-ombuds issue an aggregate report (which contains no specifics or identifiers) to association leaders so that the association can learn more about patterns and broader climate issues.

A second social justice mechanism being used by associations is the online reporting platform. In 2018, APSA launched an alternative platform that allows conference attendees, members, council and staff to submit non-emergency, identifiable or anonymous reports and grievances online or to a 24/7 hotline. Associations then review submitted reports and make determinations as to how best to respond.

The third social justice mechanism being used by associations is the development of campaigns to set a positive tone and climate for conferences. A 2018 report by the National Academies of the Sciences, Engineering and Medicine offered sexual harassment prevention recommendations, one being that institutions should “move beyond legal compliance to address culture and climate” by, among other things, creating “diverse, inclusive and respectful environments.”

Following this recommendation, in 2018 APSA launched the APSA RESPECT Campaign at its annual meeting. RESPECT stands for Respectful, Equitable, Safe, Professional, Ethical, Conduct Towards All.

Having these three social justice mechanisms in place — the ombuds resource, the 24/7 online and telephone hotline system and the RESPECT Campaign — has helped to better position the association to respond to the needs of its members and conference attendees and to provide a means of conveying that the social justice values of mutual respect and equitable treatment towards all are key values that should be modeled and enjoyed by all conference attendees.

— Dr. Kimberly Mealy is senior director of diversity and inclusion programs for the American Political Science Association. Dr. Kathy Powers is associate professor of political science at the University of New Mexico and adjunct professor at Georgetown University.

Sex Addiction and Its Societal Effects