A five-year study by the Center for Behavioral Health and Justice at Wayne State University’s School of Social Work found that diverting individuals with mental health disorders into treatment programs rather than simply jailing them significantly reduces the jail population and reduces the chances of recidivism. 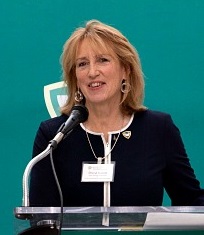 The two-phase study, recently released by the state of Michigan, is based on research conducted between 2014 and this year. Titled “Mental Health Across the Criminal Legal Continuum: A Summary of Five Years of Research in Ten Counties,” the study examines the impact of a series of pilot intervention programs and improved jail-diversion efforts in several Michigan counties and calls for greater investment in mental health and drug treatment statewide.

The study found that 54 percent of all individuals booked into jails in the target counties reported some variation of a substance abuse problem, 45 percent described themselves as housing insecure, 42 percent said they recently were incarcerated and 34 percent had some indication of mental illness.

Among other findings highlighted in the report:

· Individuals struggling with both serious mental illnesses and substance abuse were twice as likely to be recidivists as those with only a mental health problem.

· Law enforcement officers who received increased training on how to deescalate conflict with mentally ill offenders were better able to identify mental illness and less likely to use physical force.

· Forty-four percent of offenders identified as having serious mental health issues were released from jail during non-business hours – between 5 p.m. to 8 a.m. – making it nearly impossible for them to get immediate access to much-needed treatment services.

· Teaching deescalation techniques to corrections officers resulted in a 50 percent decrease in incidents in which offenders had to be forcibly removed from jail cells.

· Most counties in the study that increased mental-health treatment saw an attendant reduction in recidivism.

“More than just a collection of data, this report offers us an early roadmap to drastic improvements in how our criminal justice system handles issues of mental illness and substance abuse,” said principal investigator Dr. Sheryl Kubiak, dean of the Wayne State School of Social Work. “In addressing these issues, we also give ourselves opportunity to address many of the problems that these issues underlie, including jail overcrowding, poor access to mental health, and drug treatment and recidivism.”

The first phase of the study focused on the development of pilot intervention projects designed to redirect those with serious mental health issues into treatment, rather than locking them up. Phase two focused heavily on the development and improvement of countywide diversion efforts across all five of the key points at which mentally ill individuals intersect with the justice system.

“As the study proves,” said Kubiak, “when we simply lock up mentally ill or addicted individuals with no real plan to get them help, we’re only prolonging and exacerbating problems that we have the tools to effectively address.”