Adjusted for inflation, young Americans are earning the exact wages their counterparts were paid a decade ago and are feeling left behind economically, according to a study released Tuesday by Young Invincibles.

The analysis by the Washington, D.C.-based advocacy group indicated that young adults ages 25 to 34 earned $807 a week in 2009, and that number is the same today, based on data from the federal Bureau of Labor Statistics. 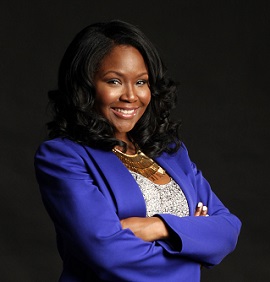 Meanwhile, average per-student state spending in higher education decreased from $8,489 in 2007 to $7,642 in 2017 while student loan debt over the last decade has more than doubled from $60 billion to $1.5 trillion.

“This analysis shows there are young people being left behind who are not reaping the benefits of the so-called best economy in history,” said Soncia Coleman, senior director of program at Young Invincibles. “This economy is leaving behind a whole group of young people.”

Unemployment rates may be at historic lows, but stagnant wages and crushing student loan debt are plaguing young people across the nation, she said.

The picture is even more grim, Coleman said, given that more than nine in 10 jobs created since the recession have gone to workers with some postsecondary education and by 2020, an estimated two-thirds of jobs will require education beyond high school.

“Young people, and especially those from communities of color or low-income communities, are increasingly facing the impossible choice between the education they objectively need to find a good job and the staggering student debt that will follow them for years after graduation,” she said. “This new analysis paints an even clearer picture that, despite record low unemployment, young people simply aren’t reaping the benefits of a supposedly flourishing economy. Their wages have stagnated, the cost of their education is skyrocketing, and states are continuing to disinvest in their higher education system. If lawmakers don’t act soon, we’re going to leave an entire generation of young people behind and bury them under debt that will impact them for the rest of their lives.”

The latest data analysis extends prior research by Young Invincibles, which last year issued a report titled “Financial Health of Young America. That study found that for the first time in U.S. history, college graduates with student loan debt have a negative net wealth, and the impact is disproportionate among young people of color.

The findings in this latest study were not surprising, Coleman said.

“We’ve been around 10 years and we work directly with young people, and we know based on the things they talk about that this aligns directly with what we’ve been hearing from them.”

The issue needs to be addressed as Congress works on reauthorization of the Higher Education Act, she said, adding that states should reverse their disinvestment in higher education. 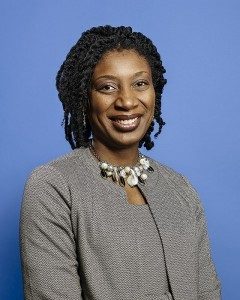 “Unfortunately, we’re not seeing the movement we’d like to see in Congress around HEA reauthorization,” said Coleman.

Young people have been vocal in the five states where Young Invincibles is active – California, Colorado, Texas, Illinois and New York – and Coleman predicted that young people in general will continue to vote and voice their concerns.

“We’re happy that we’re seeing discussion and debate around the election about higher education plans,” she said. “They’re talking to young people and this issue is seen as one that needs to be addressed.”

Dr. Nicole Smith, a research professor and chief economist at the Georgetown University Center on Education and the Workforce, offered insight into why wages continue to be stagnant when they should be rising.

“All the required I’s have been dotted, all the T’s have been crossed by every economist and by all of their meters, every metric that they use,” said Smith. “And yet, we still see stagnant wages.”

There are several reasons, she said, including that workers with master’s degrees or higher are “sucking up those wage gains.”

Additionally, low labor-force participation rates among people who technically are not unemployed are mitigating the effect that low unemployment levels should have on lifting wages higher, Smith explained. For example, many women who are qualified nurses are going in and out of the workforce for a variety of reasons, which can have a “dampening effect on wage growth opportunities.”

The supply of such workers in a sector would need to significantly increase to push wages higher, Smith said.

Other factors that have kept wages stagnant, Smith said, are the decline of manufacturing jobs over the decades and the rise of technological and automated production. For people with low skills or lower levels of education, the once high-employing, higher-paying manufacturing jobs have given way to low-skill, lower-paying service jobs in retail, food industry and personal care.

Another factor, Smith said, is that many employers have found healthcare benefits for employees extremely costly. Rather than increasing wages, they pay for health care or offer other employee benefits such as transportation or tuition assistance.

But there are some signs of hope, Smith said, citing employers such as Target, Walmart and Bank of America that recently raised employee minimum wages.

“It’s indicative,” she said, “of their difficulty getting and keeping workers.”