Higher Education News and Jobs
Category: LGBT,More headlines,News,News Round up |

A new research study shows that an increasing number of Americans don’t care about their coworkers’ sexuality or gender expression. 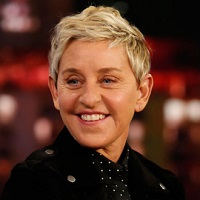 A survey in May of more than 2,000 employees revealed that 60 percent of Americans have no preference about with whom they work, compared to 55 percent the prior year, according to Bospar, a California-based public relations agency that conducted the survey in honor of the 50th anniversary of Pride month.

The majority of those surveyed, 83 percent, said they believe LGBTQ equality will be achieved in the workplace, citing reasons such as younger professionals joining the workforce, more workplace education about LGBTQ issues and more workforce diversity.

“While it is heartening that 60 percent of Americans are comfortable working with LGBTQ people, workplace equality is far from the reality for many in our community, especially those who have multiple marginalized identities — so we have significant work ahead,” said Roger Doughty, president of Horizons Foundation, the world’s first LGBTQ community foundation. “Even in the San Francisco bay area, often regarded as a bastion for LGBTQ equality, our research shows that over half of LGBTQ people say that concerns about physical and emotional safety limit where they can work.”

A Diverse, Equitable and Inclusive Workplace Won’t Build Itself. Leaders Must Proactively Build One.