During the 1970s, the concept of “soul” was on full display. Perhaps at the most basic level, “soul” pertained to a gracefully elegant, even rhythmic way of life that exhibited a confident cultural swagger manifested in various ways by Blacks. The afore is only a fraction of the analysis put forth regarding the cultural concept of “soul” by the historian William L. Van Deburg in his groundbreaking work, New Day in Babylon: The Black Power Movement and American Culture, 1965 – 1975.

“Soul,” needless to say, can be a complex entity, which has taken on other notions and applications. For instance, scholars have written about higher education’s “soul” as demonstrated in the title of Harry Lewis’ book, Excellence Without a Soul: Does Liberal Education Have a Future? Further examples include Julius Getman’s, In the Company of Scholars: The Struggle for the Soul of Higher Education, and Ellen Schrecker’s The Lost Soul of Higher Education: Corporatization, the Assault on Academic Freedom, and the End of the American University. I can recall a doctoral student I worked with who sought to utilize “soul” in a potential study of educational leadership. While the student made intersections with the Black cultural concept of soul and another entity, this work takes “soul” as being that spirit within people that manifests the humanity within us all — for example, possessing compassion, empathy, love, awareness, the ability to feel at deeper levels beyond the physical, and the facilities to think, as well as other sensibilities and characteristics that uniquely makes us human. 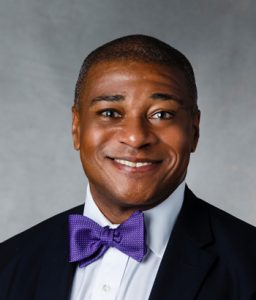 Unfortunately, these characteristics and qualities that make us distinctly human can quickly become ignored or at worst, lost. A prime example of this was illustrated in early May of 2019 with the hiring of Mark Kennedy as president of the University of Colorado System (CU). Focusing on why leadership needs to lend specific attention to those qualities that make us distinctly human, this work utilizes the open forum CU held where individuals from the university community could formally engage Kennedy while still officially considered the candidate of choice by the Committee.

During the forum, one professor encapsulated sentiment regarding Kennedy’s congressional voting record as “abhorrent” because of the votes his cast in opposition to LGBTQ+ marriage. As the forum unfolded, Kennedy was on the receiving end of some extremely vigorous grilling by the university community. As Kennedy sought to address his Congressional record against same-sex marriage, he acknowledged that he no longer possesses the same viewpoint that he once did and would therefore not cast the same vote today. Kennedy gave personal testimony of his “transformation” as he termed his renewed view on LGBTQ+ marriage, by stating “this transformation, which is … has been a journey” came to draw on the advice his mother gave when he was a child: find the person on the margins and befriend the person.

While Kennedy cited his mother as saying to find the person on the margins “and make them fit in” presumably the fitting in he spoke of meant accepting the person(s) on the margins for who they are, and not trying to force the person into something they are not. Adapting to situations and circumstances is one thing, but embracing someone for who they are is another. Kennedy therefore acknowledged that his Congressional voting record against gay marriage was evidence he did not heed the advice of his mother.

Kennedy demonstrates a nexus of theory and practice for diversity, inclusion and belonging. The framework, the advice his mother offered, and the experiential of interacting with people who are not like him. What would prevent Kennedy from casting the same vote today?

Heeding the advice of his mother, for one, which he stated, “took a while for it to sink in, but I realized that that was not what I was doing with those votes.” Another factor in his “transformation” was his daughter, who “would often-times gather her friends, and amongst her friends, a good share of her friends are from the LGBTQ+ community, and I got to know a number of her friends well.” Another factor was that Kennedy said that he had, “multiple faculty, staff and other friends that have shown me … that the love and the commitment between same-gender relationships and marriages can be as strong as it is in traditional marriages.” The fact that he actually interacted and engaged with people different from himself demonstrates that Kennedy’s life experiences expanded, or broadened, allowing him to widen his vision to witness and encounter that just because people possess differences in their humanity, doesn’t make them any less deserving of civil and human rights.

Kennedy’s testimony seems to serve as an excellent example of the importance of widening one’s experience by engaging with people who are not like ourselves. Perhaps the great musician Curtis Mayfield captured the point I seek to make in his lyrics from roughly 47 years ago, in a song on the original Superfly motion picture soundtrack. Mayfield, in 1972 stated:

“I’ve met many people over the years

And in my opinion, I have found that

People are the same everywhere

They have the same fears

Die in so many years

The oppressed seem to have suffered the most

In every continent – coast to coast”

With Kennedy’s expanded experiences with people, he was able to do as Mayfield observed close to half a century ago: Gain a sense that no matter one’s background, similarities (or same) qualities exist regarding personhood or the human condition. Interacting with people unlike oneself in comfortable and safe spaces, provides an environment where  learning can occur.

History repeatedly tells us that ignoring people’s humanity is not a good idea. If such an avenue is the pathway one pursues, the result is disastrous. Such was an essential lesson from the Civil Rights and Black Power eras. Malcolm X understood this and illustrated it in the  conclusion of a speech he gave on St. Valentine’s Day in 1965. “I don’t believe in forcing brotherhood upon people who don’t want it” Malcolm said, “if other want to practice brotherhood with us, we’re for practicing it with them also.”

The words that Dr. Martin Luther King, Jr., spoke in a speech at Oberlin College for commencement in June of 1965 are extremely valid. King stated: “Through our scientific and technological genius we’ve made this world a neighborhood. We must all learn to live together as brothers – or we will all perish together as fools. This is the great issue facing us today. No individual can live alone; no nation can live alone. We are tied together.”

Finding out how to live together is the key. Perhaps recognizing humanity is the key.

Dr. Herbert Hill, a former professor during my time in graduate school at the University of Wisconsin – Madison would pose the query:  “Where is the humanity?” at almost every class session. Hill’s query is timeless. Leadership needs to ask themselves Hill’s query, and in doing so, must be willing to answer with honesty.

So, has Kennedy truly transformed from being a “bigot,” as one media outlet reported? Kennedy apologized during the forum after someone asked him if he would. Kennedy obviously needs to continue to back up his talk with actions regarding inclusivity, as he noted during the forum.

We must hold leaders accountable to humanity. Leadership needs to possess a soul to put forth the effort toward making life better so that we can live in “harmony,” with one another, “all for the common good” and so that all people can live in an inclusive world recognizing each person’s soul.

Dr. Cornelius Gilbert is an assistant professor in the Department of Educational Leadership at the University of St. Thomas.