As the term “free college” becomes a common refrain among policymakers, educators and political candidates, researchers at a progressive think tank have found that despite “astonishing” growth, many of these programs are falling short of expectations.

An analysis released on June 6 by researchers at The Century Foundation found that there are now 22 free college programs spread across 19 states and that 15 new programs were enacted since 2014, “an astonishing rate of increase, given that states launched the first seven programs over seventeen years, between 1990 and 2007.”

And funding for the programs has risen by an average of $107 million per year over the past three years, “a rapid increase,” according to the report “Policy Design Matters for Rising ‘Free College’ Aid.”

The researchers focused on Promise programs enacted since the Tennessee Promise scholarship was introduced five years ago. Through these programs, eligible state residents are guaranteed at least free tuition to community college, while some offer additional benefits such as a book stipend or free tuition at public four-year institutions, according to the report. 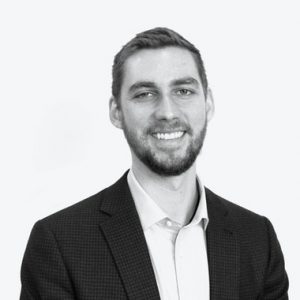 However, the researchers found that in some states there has been a reluctance to commit to truly universal “free college,” and this has meant that as few as five percent of all students may actually qualify for program benefits — and, often, the students most in need are left out because of the eligibility requirements.

Century Foundation researchers Jen Mishory and Peter Granville, who co-authored the report, pointed out that various requirements and restrictions are causing many people who need financial help to be ineligible. For example, “Of the fifteen active programs enacted since 2014, eleven are both last-dollar and limited to tuition and fees, which will generally require the student to pay for the remaining 70 percent of the full cost of attendance.”

Four of the newer programs are inaccessible to some of the neediest populations, for example, those who are not recent high school graduates, and who tend to be lower income. Four programs also exclude part-time students. “All of those design choices limit the programs’ positive effects,” the analysis noted.

“With hundreds of millions of dollars spent on free college programs, it’s critical that students with financial need can access this growing aid,” Granville, a senior policy associate at the Century Foundation, told Diverse. He added that the findings suggest the need for legislators to make sure their programs are designed to reach those who need them. “Lawmakers should ensure that their free college programs include part-time and adult students, and that their state aid programs address non-tuition costs for low-income students.”

Overall, according to the Century analysis, the amount of funding provided by the states is rarely defined as covering all or a percentage of the cost of tuition or total cost of attendance, but instead “is typically determined by the revenue made available through legislative appropriations in any given year.”

The report explained that while the free college model has resonated with state-level elected officials in the past five years, it should be better implemented to address the serious financial challenges facing students and prospective students.

But they pose the question that as states increase their appropriations to Promise programs, are those dollars fueling a larger overall increase in state financial aid, or are they displacing and/or eliminating increases in funding for other financial aid programs?

The report concludes that “with growth comes responsibility,” and “the rapid growth of such programs makes it even more urgent to ensure they are designed in a way that fulfills their promise.”