Come next fall, Morehouse College — the nation’s only historically Black all-men’s school in the nation — will begin admitting transgender students who identify as men. 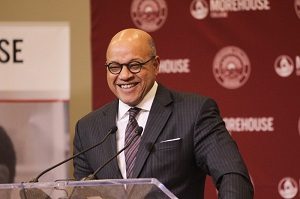 In April, the school’s board of trustees approved a Gender Identity Policy that will allow individuals who self-identify as men, regardless of the sex assigned to them at birth, to be considered for admission.

“In a rapidly changing world that includes a better understanding of gender identity we’re proud to expand our admissions policy to consider trans men who want to be part of an institution that has produced some of the greatest leaders in social justice, politics, business, and the arts for more than 150 years,” says Terrance Dixon, vice president for enrollment management at Morehouse. “The ratification of this policy affirms the College’s commitment to develop men with disciplined minds who will lead lives of leadership and service.”

Dr. David A. Thomas, the president of the college, says the decision to admit transgender students was driven by a greater awareness of gender identity and the college’s need to have a clear policy moving forward.

“We found that when our admission representatives were going out, oftentimes people would ask them, ‘Does Morehouse admit transgender people?’” says Thomas, who has been at the helm of the Atlanta-based school since last year.

“I think Morehouse having the courage to speak to issues of masculinity in today’s environment is important,” says Thomas. “For 152 years, the world has, in some way, seen Morehouse as the West Point of Black male development.”

The announcement was greeted with cheers within the LGBTQ community. Advocates and allies applauded the college for taking a bold move, particularly in light of the reluctance that some HBCUs have expressed when it comes to welcoming transgendered students and criticism from some of the school’s more conservative alumni.

Scholars who study HBCUs hailed the decision as a major victory.

“While I applaud Morehouse for this bold and important step, and hope this will serve as an impetus for other HBCUs to do the same, I firmly believe that Morehouse’s decision to accept trans men enforces the idea of what higher education is about — creating a diverse learning community in and outside of the class that fosters students’ social and intellectual development,” notes Dr. Robert T. Palmer, department chair and associate professor of Educational Leadership and Policy Studies at Howard University. “Morehouse’s decision will only strengthen the phenomenal education students already receive at this institution, and graduates will be even more prepared to enter the global workforce and have the ability to hold conversations around important, but yet sensitive topics, which is one of the true marks of an educated man.”

Palmer says that, as Morehouse undertakes this initiative, the institution that counts Dr. Martin Luther King, Jr., Spike Lee, Samuel L. Jackson and countless other prominent Black men as alumni will also have to offer diversity training to institutional stakeholders.

According to college officials, the new policy that was developed over a 15-month period will ensure that once admitted “all students are expected to self-identify as men throughout their education at Morehouse.” If a student transitions from a man to a woman “that student will no longer be eligible to matriculate at Morehouse.”

Trans women, or “individuals who identify as women regardless of the sex assigned to them at birth, will not be considered for admission.”

David Johns, executive director of the National Black Justice Coalition (NBJC), a civil rights organization dedicated to the empowerment of Black lesbian, gay, bisexual, transgender and queer (LGBTQ) people, says that Morehouse’s decision is significant given how socially constructed identities like male, Black and homosexual are used to divide families and deny access to public resources and spaces.

“Trans men are men, which is exactly why they should be supported in matriculating at Morehouse College,” notes Johns. “This is noteworthy, that we’re making space for all Black people, especially important in Trump’s America.”

More than 1,000 colleges and universities nationwide have adopted some form of a transgender policy, including about two dozen historically Black colleges. An increasing number of schools are updating admissions guidelines to ensure transgender students have a welcoming experience, says Human Rights Campaign spokeswoman Sarah McBride. 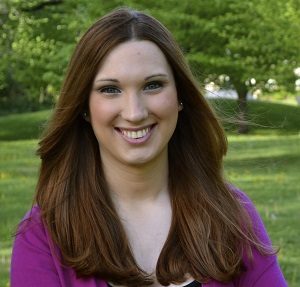 “Young people are incredibly supportive of LGBT equality, including transgender equality,” says McBride. “Schools are responding in kind. In many ways, our college campuses look like the country we’ll have in 10 or 15 years. There are a lot of reasons for hope.”

Morehouse becomes the first standalone all-male college in the country to adopt a transgender policy. Nationwide, there are only two other all-male colleges, Wa­bash College in Indiana and Hampden-Sydney College in Vir­ginia. Minnesota’s St. John’s Univer­sity, which enrolls only men but shares a co-ed ac­ademic program with the College of St. Benedict, also has a trans­gender policy.

Morehouse has had challenges around LGBT issues, most notably the 2002 attack of a 19-year-old student accused of beating a fellow student with a baseball bat whom he mistakenly thought was making a sexual advance.

Gregory Love’s skull was fractured in the beating. Aaron Price was found guilty of assault and initially sentenced to 10 years in prison.

In 2009, the college updated its dress code, in part to address a handful of students who were wearing women’s clothing on campus. The following year, Morehouse held its first Gay Pride. Morehouse offered its first LGBT course in 2013 and has a scholars program named for civil and gay rights icon Bayard Rustin.

Spelman College, an all-women’s HBCU next door to Morehouse, adopted a transgender policy in 2017, and the first transgender woman graduated in 2018.

While Morehouse will make history by becoming the first all-male school in the country to adopt a transgender-inclusive policy, some LGBTQ activists object to how the new policy deals with transgender women, particularly those who transition while at college.

Because the policy will not take effect until the fall of 2020, there will be some transgender women who will be “grandfathered” in and allowed to graduate before that school year.

One of those women, Tatiana Rafael, a current Morehouse student, told BuzzFeed News that she will be the first fully-transitioned transgender woman in the school’s history to graduate from Morehouse, and the first woman to earn a degree from the college since the 1930s.

But Rafael also believes the new policy is unfair toward transgender females, and she feels sorry for any trans women who may come after her, as they will be forced to leave.

Titi Naomi Tukes — a 2017 graduate of Morehouse who enrolled as a cisgender man in 2013 but now identifies as transgender nonbinary and uses the pronouns they/them/their — says they disapproved of the policy, which they learned about in an alumni email. Tukes says the policy is hostile and exclusionary toward transgender women and nonbinary students and could put transitioning students in an unsafe environment if they have to leave the college.

“You can’t control how someone feels in their body,” says Tukes, now a management consultant working in New York who added they are willing to offer input on how the policy is implemented. “The college fails at addressing and understanding the gender journey that one undergoes during their college experience, spiritually, emotionally, physically and psychologically.”

The Associated Press contributed to this article. This article appears in the June 13, 2019 issue of Diverse.