A jury has awarded an Ohio bakery more than $11 million in compensatory damages in a nationally publicized defamation lawsuit against Oberlin College and one of its administrators, and jurists are meeting this week to decide how much the school also will have to pay in punitive damages, according to a report in The New York Times. 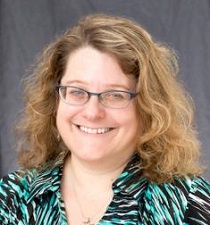 The verdict against the college and an administrator stems from a physical altercation in November 2016 that began, according to court records, when a Black Oberlin student entered Gibson’s Bakery, a family-run establishment near campus, to buy wine with a fake ID.

Thinking that the student, Jonathan Aladin, was trying to steal wine, Allyn Gibson – an owner’s grandson and a White employee – pursued the student and put him in a chokehold outside. Two of Aladin’s friends with him, also Black, intervened.

Organized student protests outside the shop ensued, with protesters alleging that Gibson’s actions were racially motivated and that the bakery was racist. They called for a boycott of the shop, and a petition urged the college – which had bought goods for its cafeterias from the bakery – to sever ties.

Owners of the bakery, which has been in business more than 100 years, sued Oberlin and vice president and dean of students Dr. Meredith Raimondo in November 2017 for libel, alleging that the defendants fueled and supported false claims of racism.

The three students, who were arrested following the incident, pleaded guilty to a misdemeanor in August 2017. Raimondo, the lawsuit claimed, had spoken through a bullhorn at protests and handed out fliers that called the bakery racist.