Adverse experiences and social privilege are both life circumstances that can alter a test-taker’s score on standardized tests. However, the College Board, with their recent announcement of an “adversity score,” highlighted the disadvantages of adversity, while ignoring the advantages of privilege. In doing so, the College Board treats adversity as a handicap to be accommodated, while missing an opportunity to address a myriad of noncognitive factors that make SAT scores either lower or higher than they should be for different racial and ethnic groups, and socio-economic statuses. In short, while the adversity score effort is good, it missed the mark by not acknowledging the adversity of racism and ignoring the impact of social privilege on test score gaps. What the College Board got right. Context matters. Two people can have identical scores on the SAT, but because of their unique life circumstances, the same score could be high within one context, and mediocre in another. In theory, the 100-point scale that the college board will use to consider 31 aspects of a student’s academic life, such as academic rigor and poverty, can help admissions counselor better understand the score. Scoring adversity is the College Board’s attempt to standardize what many prudent universities already do subjectively to open opportunities to diverse and under-represented students whose SAT score may not accurately reflect their academic potential.

What the College Board ignored. It goes without saying that poverty often takes a toll on students’ academic progress. Thus, the College Board’s focus on poverty and interrelated adversities is important. However, intersectionality was ignored in the adversity score index. A disproportional percentage of Black, Hispanic and Native American groups live in poverty. However, numerically, more White people live in poverty. This begs the question of who will actually benefit from this colorblind adversity index. The variables in the adversity score index ignore the realities of racial injustices and discrimination in formal schooling.

Also ignored are: (a) suspension rates by income and race; (b) over-representation in high incidence areas of special education; and (c) less access to both gifted and talented education programs (GATE) and Advanced Placement (AP) classes. Black students overall, and Black males in particular, are suspended at higher rates than all other groups for subjective reasons. Racial discrimination by educators is the central factor. When students are suspended, so is their opportunity to learn. This negatively affects their grades and test scores. Students with unaddressed emotional and behavioral disorders also have a higher probability of getting low test scores and low chances of applying to and getting admitted to college, especially the more selective ones. Relative to gifted and talented education and AP, White and Asian students are significantly over-represented; Black, Hispanic and Native American students are extensively under-represented. These programs, if implemented correctly, are more rigorous than general education courses. AP and GATE programs increase the likelihood that more affluent students will get admitted to higher education, and competitive colleges and universities in particular. 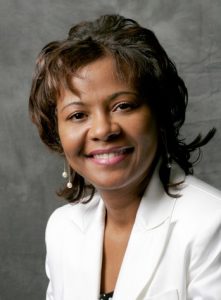 What the College Board got wrong. Adversity is not the only source of shortsighted interpretations of SAT scores. Some SAT scores are artificially inflated because of social privilege. Like all standardized tests, SAT scores are normally distributed, with the most frequently achieved scores clustered around a mean and the less frequently achieved, extremely high and low, scores at opposite ends of a bell curve. The adversity score cautions against reading too much into low scores among test takers with social disadvantages and limited English proficiency. However, the adversity index does nothing to help admissions counselors temper their enthusiasm for students with high scores because their parents paid a premium for test preparation or illegally had scores manipulated as, with the college admissions scandal. Ignoring the social advantages and privilege that certain students have harms students with disadvantages more than reactive accommodations help them.

Students who have, and have not, taken SAT prep factors into the E (error). Currently, test preparation materials began at $25 and test preparation courses and tutoring can cost up to $6,600. Affluent families spend more money to “train” their children to take tests, which often involves skills that have little to do with crystalizing the knowledge they should have gained in high school.

The significant gains in SAT and ACT scores achieved by students who participate in the more expensive test programs, as reported by the test prep companies, call into question the integrity of the tests, and raises a number of questions: Should the measurable differences in scores that are statistically attributed to test prep be viewed as differences in test takers’ dose of achievement, even when a good chunk of the training involves strategies and techniques unrelated to the subject matter? Does test prep permanently or temporary help students compensate for knowledge that should have been gained in school, or does it help the test taker “game” the test? Is either one of these scenarios fair and equitable?

Beyond the error associated with test prep, the college admissions scandal revealed the insidious tactics by which many wealthy families either produce higher SAT scores, or diminish the impact of low SAT scores, for their children. The college admission scandal revealed that many affluent families pay for not only test preparation, but also the actual tests and test scores.

What the College Board needs to do. Three years ago, the College Board announced major changes to the SAT that were intended to, in part, reduce the impact of social disadvantages on SAT scores.  In 2016, the SAT returned to a 1600-point scale, eliminated antiquated vocabulary words, and assessed students’ understanding of content rather than rote memorization. However, as diverse communities have sought to reconcile low test scores, test manufacturers have been grappling with research suggesting that the ACT and SAT do not predict college success.

In 2015, the National Association for College Admission Counseling released a research report that revealed no significant differences in the cumulative Grade Point Average (GPA) or the graduation rates between students who submit test scores for college admission and those who opt out of using scores for admission. In addition, the study found that high school GPA correlated highly with college GPA, regardless of SAT or ACT scores. In other words, students with low high school GPAs and high SAT/ACT scores generally performed poorly in college, and students with strong high school GPAs and low SAT/ACT scores generally performed well in college. The total sample of the study was almost 123,000 students across 33 diverse institutions.

The College Board should stop ignoring test bias and unfairness, and revise the test to measure the strengths associated with adversity. Such a process could result in a test that has better predictive power than the previous versions. The College Board must also work diligently to reduce privileging the privileged and increase fairness to those with less social and economic capital. Adopting the adversity score index without changing the SAT will not level the playing field and ultimately result in an inferior product.

As long as the College Board focuses on students’ disadvantages, while ignoring privilege and racial injustices, the overall integrity of the SAT will be compromised. Social adversities, such as poverty, are undeniable. Academic adversities, such as school funding gaps and different levels of rigor within schools and across districts, are undeniable. However, paying $40,000 per year for an elite private school that begins training students for the SAT in 9th grade creates socially stratified SAT scores that place normal students at a disadvantage. We magnify the disadvantages of adversity when we ignore race and do not address the unfair and unearned advantages that privileged students have. We should not deny the strengths that germinate through adversity, just because they are difficult to measure. We should not ignore the injustice created by privilege and racism, just because it is difficult to address. We should take bold steps to create an SAT that uses good scientific practice, and fair and unbiased procedures for administering the test and interpreting the results.