The Boston-based Edward M. Kennedy Institute for the United States Senate has been awarded the inaugural Leonore Annenberg Civics Award (LAIC) from the Annenberg Public Policy Center of the University of Pennsylvania. 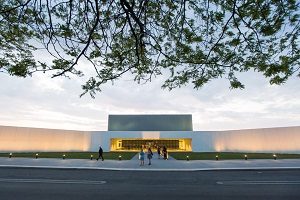 The institute will use the $200,000 award prize to establish a program to help 8th through 12th grade teachers cultivate skills to lead productive classroom discussions on challenging public policy issues like immigration, gun violence and voting rights, according to the Annenberg Public Policy Center.

“The Kennedy Institute’s project addresses the challenge of developing students’ aptitude for productively and civilly engaging with opposing views,” said Dr. Kathleen Hall Jamieson, director of the Annenberg Public Policy Center. “Accomplishing that objective could not only transform the lives of those students but also provide a model for projects elsewhere.”

Phase one of the institute’s project will bring 16 teachers from four Massachusetts school districts together for the development of a pilot program called “Civil Conversations.” The following year will see the project expand to additional schools across the country with supplementing workbooks, multimedia materials and facilitation guides.