Research published this month found that as women students remain underrepresented in science, technology, engineering, and mathematics (STEM) courses, they are being subjected to an unwelcoming, “chilly” atmosphere in these male‐dominated fields.

“My goal behind conducting this study was to look at environmental factors that impact women’s retention in STEM,” Jensen wrote in an e-mail to Diverse. Deemer remarked that Jensen “did most of the work. It was really her study.” 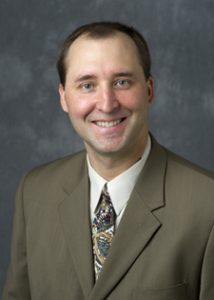 Jensen said her goal in developing the study, published in The Career Development Quarterly, was to examine environmental factors affecting female students in STEM. “Often it feels easier to look at internal factors for why women are not pursuing or [are] leaving STEM fields,” she said, “but I think that ignores just how big of an impact our institutions have on students.”

“We found that woman-science identity interference was correlated with emotional exhaustion and cynicism and negatively correlated with academic efficacy,” Deemer said. “In other words, it increased the bad stuff and decreased the good stuff.”

Some highlights of the study:

The authors noted other limitations of the study, including the impact on first-generation college students. “Similarly, data included all students who identified as “female” in one gender category. The experiences of trans women may differ from cisgender women, and students who identify as transgender may experience a more unwelcoming climate in STEM.”

The study stated that educators “can use the results to create academic environments that minimize gender bias and promote attitudes that encourage the entry of women into STEM fields.”

It also noted that results of the research can be used to assist counselors in helping STEM students challenge stereotypes and other challenges as they navigate hostile academic and work environments.

“Awareness is the first step to addressing the chilly climate for women students,” Jensen said. “We won’t be able to retain women until we make a more welcoming environment for them.”