With more than half of all manufacturing jobs now going to workers with postsecondary education, it is highly unlikely that laborers with a high school diploma or less can see a return of the days when they held the majority of factory positions, according to a joint research study by the Georgetown University Center on Education and the Workforce and JPMorgan Chase & Co.

At the same time the industry is “upskilling,” it is continuing to downsize from its heyday of the 1970s, when workers with a high school diploma or less held 79 percent of manufacturing jobs, notes the study report, Upskilling and Downsizing in American Manufacturing. 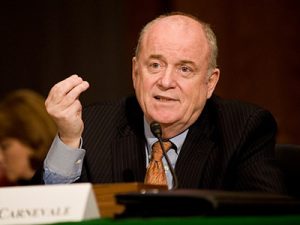 By 2016, that group held only 43 percent of manufacturing jobs while 56 percent were held by workers with some level of postsecondary education, the study found, while seven million such jobs disappeared between 1979 and 2017.

While the manufacturing industry remains the top provider of so-called good jobs in 35 states for workers lacking a bachelor’s degree, the sector will continue to bleed jobs – about 2 percent, or 253,000 jobs – up to 2027, CEW researchers project.

Within manufacturing, workers with bachelor’s degrees went from holding 29 percent of non-production jobs in 1991 to 44 percent in 2016. Meanwhile, high school-educated workers continued to occupy most production jobs, although their share declined from 79 percent to 64 percent.

Among other key study findings of the period between 1991 and 2016:

Although the odds of finding a good job in manufacturing with a high school diploma or less were half as good in 2016 as in 1991, manufacturing was the largest provider of jobs that pay for workers with less than a bachelor’s degree.

Since 1979, the manufacturing industry has continued to prosper while reducing its total employment, researchers found.

“People now need higher skill levels and should look outside the assembly line if they want to compete with robots for manufacturing jobs,” said Jeff Strohl, the report’s co-author and CEW director of research.

Additionally, a complex networked economy has resulted in job losses from work outsourced to specialized firms, and increased offshoring and foreign trade have contributed to steep losses of manufacturing job.

The study’s findings are “not terribly surprising, although the numbers are pretty stark,” said Taylor White, a senior policy analyst at New America.

“It certainly confirms the general trend that we see, that the number of good jobs that are available for people who do not hold postsecondary credentials is on the decline,” said White. “That’s true across many industries.”

The disparate impact on female workers, she added, is “pretty consistent with what we have seen in some of our work around sub-baccalaureate credentials.”

White said the finding with respect to manufacturing workers with associate’s degrees seeing gains in good jobs “has potentially good implications for equity within the sector, particularly if those people are in a position to continue on in their education and earn bachelor’s degrees or additional credentials,” which would allow them to maintain their employment and evolve with the sector.

New America has studied strategies that formal education and employers may want to consider in working together to address the need for workers underscored by the study as well as to increase equity, said White, who works closely with the organization’s Center on Education & Skills.