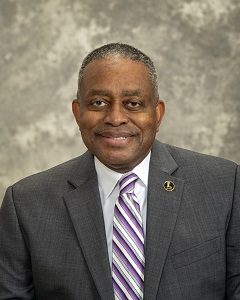 Byers, a 1968 graduate of the university, had previously served at WVSU for nearly 41 years in professorial and administrative capacities, including professor of teacher education, vice president for planning and advancement, Title III director and executive director for the WVSU Research and Development Corporation. He retired as university provost and vice president for academic affairs in 2014.

Byers’ appointment follows the announcement that the previous WVSU provost, Dr. Kumara Jayasuriya, will soon head to Southwest Minnesota State University as the next president.

“I have known Dr. Byers since becoming president of West Virginia State University in 2016, and he has always been a trusted counselor offering advice and perspective like only he can do,” said WVSU president Dr. Anthony L. Jenkins. “Dr. Byers has played a significant role in the growth and development of the university, and I can think of no one better to offer their steady hand of leadership as we work through this time of transition.”