The LeMoyne-Owen College board of trustees has announced that the contract of the institution’s president, Dr. Andrea Miller, will not be renewed when it expires on September 1, 2019. Additionally, a news release from United Campus Workers notes that board chair J.W. Gibson has resigned. 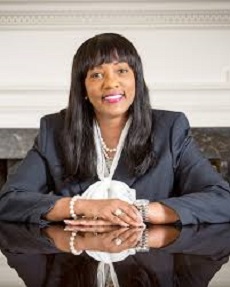 According to the release, Miller, who has been president of the Memphis, Tenn.-based HBCU since 2015, has faced calls to step down by faculty, students, and alumni who have cited a number of administrative missteps, including questionable hiring and firing decisions, unmet financial goals, and accreditation concerns.

Miller, an alumnus of the college, was contacted by Diverse for a response but declined comment.

Jesse Chatman, president of the LeMoyne-Owen College National Alumni Association, attributes Miller’s ouster to a “rift” between Miller and LeMoyne-Owen faculty, and her “job performance more than anything,” he said. According to Chatman, Miller’s tenure has been marked by enrollment declines, decreases in fundraising and a “decrease in morale,” Chatman said.

Chatman – who is LOC’s director of administrative services – similarly highlighted what he called a “non-open-door policy” from Miller, in which institutional constituents’ concerns have not been adequately addressed.

“It has drug on for two years,” Chatman said. “Dr. Miller is a fine person, but she has not moved the school forward.”

In a statement, LeMoyne-Owen members of United Campus Workers said, “We thank the Board of Trustees for making the right decision. The past four years under the leadership of Dr. Andrea Miller has depleted morale, spread fear, and put our college’s accreditation in jeopardy.” 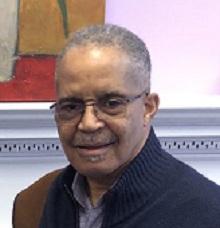 The statement by UCW added, “We see her non-renewal as president of LeMoyne-Owen College as a step in the right direction and hope to see more changes in the future that demonstrate a commitment to students, employees, and the legacy of this great institution.”

Based on recent controversies surrounding Miller, trustees appear to have made the right decision, said Dr. Robert Palmer, associate professor and department chair of educational leadership and policy studies at Howard University.

While some problems may be out of a leader’s direct control, such as a lack of institutional resources to improve the quality of residence halls, said Palmer, nepotism can damage the institution and hinder effective leadership.

“We don’t really know what she and her team were doing behind the scenes to bring the residence halls up to par,” he said, adding that it is likely something was being done.

However, he noted that students reportedly were leaving the school for various reasons.

“We also have to be mindful that, nowadays, students have more opportunity to gain access to other venues in higher education,” said Palmer. “Not just HBCUs, but online and predominantly White schools.”

That makes it incumbent on schools – particularly smaller HBCUs, which face routine enrollment and financial challenges – to provide a great experience outside as well as inside the classroom, he said. 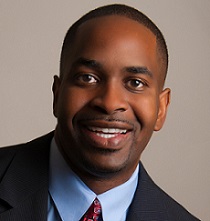 “Students now are of the mindset that they are consumers, they are paying their money and therefore they expect service,” said Palmer. “They expect us to cater to them, and if we don’t, they have more access to make their complaints known on Facebook and Twitter and YouTube. Students will make their satisfaction and dissatisfaction known.”

Boards of HBCUs often micromanage their presidents, with rapid leadership turnover feeding into the narrative that HBCUs tend to have leadership instability, said Palmer.

“But the good thing here is, it does seem like she had time to work with the board,” he said.

A school’s board decision not to renew a president’s contract, essentially firing the president, may indicate a problem with fit, said Dr. Felecia Commodore, assistant professor of educational foundations and leadership at Old Dominion University.

Developments akin to the non-renewal of Miller’s contract invite needed conversation among institutions of higher education about presidential selection processes and “how boards determine fit when picking a president – and, really, how we as a field think about and define fit,” said Commodore.

A president needs to be a good fit with the school and with its board, particularly at smaller and private schools where the relationships “are more intimate,” she said.

“We have seen at a number of institutions that board-president relationships can impact presidential tenure,” added Commodore.