Attendees at the Heterodox Academy conference in New York participated in frank discussions about how to address complex issues from free speech to building community.

In a session titled, “What Ideas Gain Entry into the Academy” panelists examined issues of free speech and how to engage a diverse range of viewpoints. The panelists discussed the distinction between academic freedom and free speech. Panelist Dr. Keith E. Whittington, the William Nelson Cromwell professor of politics at Princeton University, said academic freedom is addressed by scholarly inquiry. Free speech is the discourse on campus, which is not without complications.

Dr. Judith Shapiro, president and professor of anthropology emerita at Barnard College, referred people to the group Scholars at Risk, which works to promote scholars and protect academic freedom. She then addressed freedom of speech within the current world of information technology. 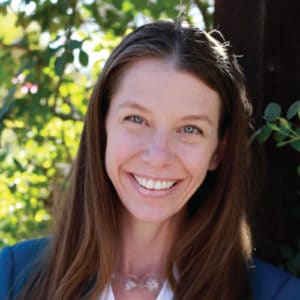 Debra Mashek is executive director of the Heterodox Academy.

“The trouble with the world is not that people know so little, but that they know so many things that aren’t so,” she said. “This focus on invited speakers…we do have to think about.”

Concerns about speakers invited to campus was a theme throughout the session. Shapiro said it’s important to differentiate between the events at which a speaker would be speaking. A commencement speaker should be more inspirational, while someone presenting an evocative and perhaps controversial topic would be more appropriate in another setting.

Dan Mogulof, assistant vice chancellor of UC Berkeley, said if heterodoxy is to be embraced at public institutions, college officials have to take into account the heterogeneous campus population. It is important to invite people with opposing viewpoints, but administrators have to be aware of who they are and whether their missions are self-promotion or meaningful dialogue.

On many occasions, the campus Republicans invited conservative pundits like Ben Shapiro without incident, outrage or explosive media attention. When self-described “cultural libertarian” Milo Yiannopoulos, an incendiary personality, was invited, it unleashed a fury.

“Free speech ain’t cheap,” said Mogulof of the high cost of security, the rage of protestors, the backlash and the damage to property. “We’ve been going through this process for the last couple of years about figuring out how we engage our community and how we bring them down that road with understanding.”

Coleman Hughes, a student at Columbia University, said students cannot look to faculty and administration to define the meaning and complexity of heterodoxy. Students need to explore its meaning, implications and applications and then influence how it’s reflected on campus. He said young people on campuses today have come of age in an antagonistic climate and they must develop skills to have meaningful dialogue.

Hughes is a member of the student group called Colloquium where he and others participate in discussions on a wide range of subjects and participants are forced to switch up the viewpoints they represent. At the end, they talk about what they learned. The group began with five to 10 people and has grown tremendously. 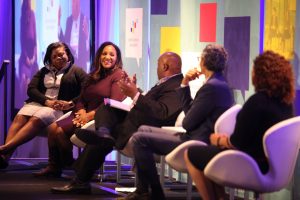 “The truth is we have a kind of anti-authority culture,” he said. “The downside to that is there is only so much you can do when a student is yelling at you with all of the moral righteousness.

“It is very easy to lapse into a war-like mindset,” he added. “What you have to do is find principles above your own natural urge to be combative.”

Whittington said there will always be difficult topics, but academically positive solutions should be sought. Instead of right-wing influence threatening to defund universities, they should instead channel money into diversifying speech.

“Channel it in productive ways,” said Whittington. “Instead of trying to shut down departments, programs, speaker series and legal clinics that you don’t like, find creative ways of funneling money into programs, departments and speaker series you find important.”

There is also the influence of social media, a subject that carried over into another session. Hughes said the lesson that faculty and administration should learn is that Twitter is not representative of the majority, so it should not be feared when dealing with free speech issues.

Mogulof said universities should have a rapid response team prepared to address potentially controversial trending topics. He also encouraged institutions to fully understand their student bodies and find ways to engage the silent majority. In his 15 years at UC Berkeley, he said that he has never been to a protest with more than 1,000 students out of a student body of 30,000.

Another plenary panel took on the subject “Successes, Strains and Stories to Inspire”—examining how each panelist experienced inquiry and problem-solving related to diverse points of view.

Moderator Megan McArdle from The Washington Post posed the question to panelists: “What would we be doing on these issues if we weren’t afraid?”

Dr. Maria Dixon Hall, senior advisor to the provost at Southern Methodist University, said people are often afraid to ask challenging questions in a classroom setting, but when offered anonymity in a survey, people opened up. Students and faculty were allowed to pose race-related questions.

“On the communication side, we’re always in search of trying to create shared vision,” said Hall. “In the absence of information, we had no choice but to create a narrative.

“We had questions coming from everyone about each other,” she added. “It allowed us the basic curiosity that we’ve become afraid of asking the questions. On a university campus that is problematic. We wanted to know how to best address needs on our campus. … Students rose to the occasion. They didn’t censor their questions.”

Dr. Samuel J. Abrams, professor of politics at Sarah Lawrence College and visiting scholar at the American Enterprise Institute for Public Policy Research, said students are not fearless and change has to come from the top. Administration must create safe spaces and cannot fear becoming trending topics on social media.

“It takes time and effort to be in community,” said Abrams. “You have to build a community of faculty where they can lead. Discuss things in a respectful way. Sadly, few schools do.”

Hall noted that language is important. Even when there is a shared purpose, there may not be a shared language, so understanding needs to be established. By example, respect may mean different things to different people. Also, on any given campus, there are at least three different generations of faculty.

“Start conversation from communication rather than societal construct,” she said.

Lara Schwartz, director of the American University Project on Civil Discourse, said faculty must invest time at the beginning of a course to talk about individual responsibility and shared responsibility. Be explicit and clear about what the professor and students are trying to accomplish together, she added.

“In my classroom, I refer to us as colleagues,” Schwartz said.

Abrams said he explains his biases to his students and is open to having real conversations. He’s at an advantage because Sarah Lawrence is a small, private institution, which allows him to have direct interactions with all his students. Faculty at large public institutions must figure out ways to create that openness and dialogue.

Dr. Spencer Kelly, associate professor of psychology at Colgate University, said after asking about teaching while interviewing for a faculty position at a Research I university he was told if he “gets enough grants you won’t have to see a classroom.” Instead, he accepted his position at Colgate because it equally valued teaching and research.

Abrams said during a post-doc, he was told he was spending too much time with his students.

“We are training more and more people to go into the academy who probably don’t want to be teaching,” said Abrams, who noted that being an effective teacher takes time and effort.

Of equal importance is that high school students are not prepared to be part of a learning community, panelists observed. Schwartz noted that nothing about high school teaches students to listen to others. When those students are placed in a classroom with a professor who hasn’t done the groundwork, a successful outcome is unlikely.

“I wrote a book How to College: What to Know Before You Go (and When You’re There),” Schwartz said. “A lot of that is about building that identity as an adult in a learning community, finding out about the people around you and working with others.”