Survey: Most Employees Have Regrets About Their College Degree - Higher Education

Survey: Most Employees Have Regrets About Their College Degree

Although a college education is still considered a pathway to higher lifetime earnings and gainful employment for Americans, two-thirds of employees report having regrets when it comes to their degrees, according to a PayScale survey of 248,000 respondents this past spring, according to a CBS News report. 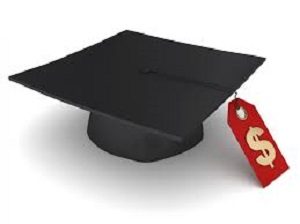 Student loan debt was the top regret among workers with college degrees, with about 27 percent of survey respondents listing student loans as their top misgiving, according to the study, which was released Tuesday.

Science, technology, engineering and math majors, who are more likely to enjoy higher salaries, were least likely to report regrets while those in the humanities were most likely.

About 70 percent of college students graduated with student loan debt this year, averaging about $33,000 per student. And as younger graduates try to pay off student loan balances, they struggle to accumulate wealth or are put off buying homes — some even struggling to purchase groceries.

It’s not just millennials. Baby Boomers are taking on student loan debt either to help cover college costs for their children or to retrain themselves for a workplace transformed by increased automation, cloud computing and other labor-saving technologies.

And some older Americans are using their Social Security benefits to pay off unpaid college loans, which total more than $86 billion for people age 62 and older.