Bennett College trustees, less than a week after announcing the sudden departure of president Dr. Phyllis Worthy Dawkins, have announced that Suzanne Walsh will become president of the private women’s historically Black college on Aug. 1.

Walsh is a respected education innovator who has held leadership roles across the nation with the Bill & Melinda Gates Foundation, the Lumina Foundation and The Heinz Endowments. 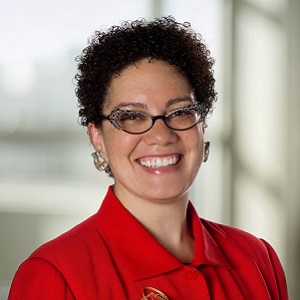 In the news release issued Thursday, trustees chair Dr. Gladys A. Robinson said the small North Carolina school “sought a new president to embrace and champion innovative ideas that ensure our long-term viability. We were committed to having an exceptional leader in place when our students returned for the 2019-2020 academic year.”

Robinson added that Walsh “has the experience, passion, fundraising expertise and personal qualities that will ensure she is embraced by our students, faculty, staff, alumnae and community.”

Walsh was traveling and unavailable for comment Thursday, according to a college spokeswoman.

In the news release, Walsh stated that Bennett “has a compelling mission to produce accomplished young women who are ready to lead. In an ever-changing world that I believe is thirsting for their leadership, that mission feels more relevant than ever, and what excites me is the opportunity to help translate it for a new era.”

She added that she looks forward to working closely with the board, faculty, students, alumnae and other supporters “to find new and powerful ways of delivering on Bennett’s promise, which is the promise of a great education and an enduring commitment to the world around us.”

Walsh will arrive at a time when Bennett faces accreditation and funding challenges that raise questions about its long-term stability. She will work closely with trustees and the Bennett Reengineering Committee, which was appointed earlier this year to identify ways to transform the college and keep it relevant.

Her work experiences are diverse, including representing foster children in Oklahoma as a tribal court attorney, working in economic development and workforce training at Cuyahoga Community College in Cleveland and stints at The Heinz Endowments in Pittsburgh and the Lumina Foundation in Indiana.

Walsh’s career path eventually led to the Bill and Melinda Gates Foundation in Seattle, where she led numerous initiatives that encouraged collaboration among postsecondary institutions on issues ranging from reducing gaps in postsecondary-degree attainment to greater student use of digital learning tools.

Darris Adkins of Nashville, president and a past board member of the Bennett Parents’ Association, said the membership is “really excited about this new opportunity that we are engaging in.”

He said Thursday that he looked forward to meeting Walsh at a Bennett-related event Friday.

“This exciting announcement is one that will invigorate our campus community,” Adkins said. “She is a great choice for where we are at this time, given her background and her history. We’re really excited to have her.”

Dr. James A. Anderson, who recently announced that he is stepping down after 11 years as chancellor of Fayetteville State University, said he worked with Walsh on numerous initiatives related to “the viability and sustainability of HBCUs in the current education environment.”

“I am deeply impressed with her ability to analyze complex situations, develop innovative action plans to address challenges and motivate teams to work closely together,” said Anderson.

Dr. Gwendolyn O’Neal, who was appointed interim president June 21 – the same day trustees announced Dawkins’ departure – will continue in that role through July and then become chief operating officer.

There is serious unfinished business for Walsh and O’Neal to take up.

Dawkins, who came to Bennett as interim president in 2016, had led the college in a protracted fight to maintain its accreditation with the Southern Association of Colleges and Universities, Commission on Colleges.

SACSCOC placed Bennett on probation for two years within her first six months at the helm. In December, despite some progress, the agency revoked Bennett’s accreditation, citing continuing concerns about the college’s long-term sustainability.

While fighting that battle in court and temporarily keeping its accredited status, Bennett has applied for accreditation with the Transnational Association of Christian Colleges and Schools (TRACS).

Earlier this year, Dawkins led a financial campaign dubbed #StandWithBennett that galvanized public support and raised about $9.5 million – almost double its goal – in an effort to demonstrate that the school could become more financially strong.

Dawkins has not spoken publicly about her departure since it was announced last week, and trustees have not said whether she was fired, asked to resign or left voluntarily.