Cue the trombone for the “womp, womp, woooomp” findings of another study that indicates continuing underrepresentation of women, Blacks and Hispanics on college and university faculties across the nation.

An analysis of IPEDS data just published in the South Texas College of Law Houston Hispanic Journal of Law and Policy broke down faculty by gender, race and ethnicity, tenure status and institution type. Examining change from 2013 to 2017, it indicated that schools with the least gender and ethnoracial diversity among tenured faculty were institutions that grant degrees up to the doctoral level. 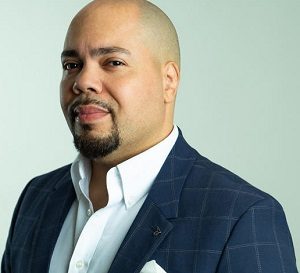 Colleges and universities granting up to master’s or bachelor’s levels also lagged in diversity, according to the study, “Considering the Ethnoracial and Gender Diversity of Faculty in United States College and University Intellectual Communities.”

“It’s really disconcerting,” said co-author Dr. Julian Vasquez Heilig, who begins this month as dean of the College of Education and professor of educational policy studies and evaluation at the University of Kentucky.

· At schools awarding doctoral degrees, 4.6 percent of tenured faculty were Latino and 4.05 percent were Black, increases from 2013 to 2017 of just .65 percent and .1 percent, respectively.

· Just under 33 percent of tenured faculty at doctorate-granting institutions were women – increasing 1.7 percent over the five-year span – even though the number of women in faculty positions in general is nearing the number of men.

Gains have been modest, and most of them have in nontenured positions, Vasquez Heilig said.

“Across the board,” he said, “we found the composition of faculty across the country is not keeping pace with the diversity of the U.S. population.”

The study idea came from his recent involvement in a presidential diversity committee during his prior role as professor of educational leadership and policy studies and director of the Doctorate in Educational Leadership program at California State University Sacramento.

With a constant “buzz” about diversity, equity and inclusion, and initiatives there and elsewhere to close faculty disparity gaps, Vasquez Heilig wanted to determine if recent efforts have resulted in “appreciable increases.”

Some of the poorest numbers were among “brand name” schools that loudly trumpet diversity, Vasquez Heilig noted.

Of schools that made the biggest improvements from 2013 to 2017, many of their names are less well-known.

For racial and ethnic faculty at master’s-level schools, for example, Central Washington, Albany State and Norfolk State universities, Indiana University East and California State University at Monterey Bay were among those posting the largest increases. For women faculty, Tuskegee University notched the highest percentage gain, with the University of Lynchburg and William Paterson University also among the leaders in increases. 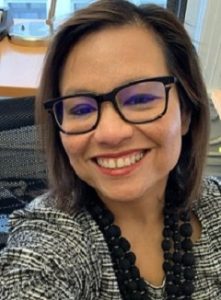 “Schools are trying,” Heilig observed, “but overall it’s not moving the needle. I just don’t think we’re committed enough. We need to be more committed to this work.”

Noting similar problems with persistent racial disparities in K-12 education, he recommends that colleges and universities evaluate and adjust how they recruit and retain faculty of color; study and benchmark the most impactful practices of schools, sports franchises and business entities that lead in employee diversification; and apply the same scholarly skills used in academia “to understand what is happening in our field instead of feeling around in the dark for what we think would be impactful.”

Presidents and other academic leaders at institutions should “set the tone” that diversity is an important part of the school’s culture, turn intent into action, hold people accountable and be transparent about results, Heilig said.

Two effective strategies he cited are distributing spreadsheets across campus that show diversity by department and mandating that faculty search committees require a diversity statement from applicants.

The study also provides an analysis of research on the benefits of faculty diversity, and chronicles the changing legal landscape of diversity and affirmative action hiring and admissions policies that colleges and universities encounter at the state and national levels.

Dr. Stella M. Flores, who specializes in equity policy issues, also contended that higher education generally is not “making the right moves in terms of transforming our numbers.”

“I don’t think we’re understanding that it takes a long-term development plan and a full comprehensive approach to hiring,” said Flores, associate dean for faculty development and diversity, associate professor of higher education and director of access and equity in the Steinhardt Institute for Higher Education Policy at New York University.

“A lot of people are trying,” she said, “but trying is not enough.”

Flores noted that NYU has made major strides in faculty diversity – building Steinhardt’s largest-ever representation of minority tenure-track faculty – by recognizing a problem of inadequate diversity, investing in change and “transforming the hiring culture to make sure diversity is at the center of hiring decisions.”

Once underrepresented faculty are hired, Flores said, they should be given resources and opportunities to help them succeed and make them want to remain at the institution.

“Hiring a diversity person doesn’t stop the problem,” she said. “Where do you recruit faculty? What schools? Who’s on the search committee? Who are the top three finalists? Who gets a chance? It doesn’t appear that most institutions are thinking about it that way. But it’s a long-term investment. You need a transformational culture of hiring, recruiting and retention. You have to almost invest three times the amount for minority women and Black males. You need head diversity officers, but they need significant budgets and the authority to transform culture. They can’t do it by themselves. This is an all-hands-on-deck problem. This is about the health of an institution.”