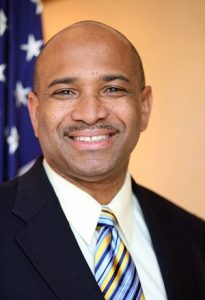 Earlier this year, Georgia state Sen. Lester Jackson introduced a bill in the Georgia Senate which proposed to merge Georgia’s public HBCUs — Savannah State, Albany State and Ft. Valley State universities — into one new entity, Georgia Agricultural and Mechanical University System. Though the bill was withdrawn from consideration and this year’s legislative session is over, WGCL-TV reported that the measure is expected to be reintroduced in January 2020.

According to WGCL-TV, student enrollment in all three universities has declined significantly since 2010. Jackson argues that this new university system would provide access to more resources and potentially boost enrollment. However, the proposal has been met with resistance as some say the legacies of the individual institutions will be lost under the new system.

After the original measure, Senate Bill 273, was withdrawn earlier this year following backlash, it was replaced by Senate Bill 278, which allowed Savannah State, Albany State and Ft. Valley State to keep their individual names, according to an earlier Diverse report. However, the move did not alleviate the concerns of alumni and supporters of the three Georgia HBCUs, as some stakeholders wished for more transparency in the crafting of the bills.

Jackson previously told WALB-TV that there were several factors behind his reasoning for the bill that would consolidate the three HBCUs — declining enrollment, historical underfunding, low endowment, a lack of student and alumni involvement in the presidential search process and overall inequities compared to other universities in the state.

“Our main avenue is to work with the university system. We want to be included in the university system but we want equity,” Jackson previously told WALB-TV. “We want the same things that the other institutions are getting. We want help in recruiting the best and brightest,” said Jackson.

Jackson said the 3 public Georgia HBCUs combined only have a little over 12,000 students, which is why he wants a board of trustees for the new proposed Georgia A&M University System that models after other institutions like North Carolina A&T and Florida A&M.

Now, the proposed merger of Georgia HBCUs falls under Senate Bill 270. Please click here for the text of the original bill.