As the nation celebrated The Fourth of July earlier this month, one state granted independence to its Black citizens who wear natural hairstyles such as Afros, braids, cornrows and dreads in the workplace and public schools.

California’s CROWN Act comes after years of research and data showing the importance of Black hairstyles to identity and self-esteem.

The law, Creating a Respectful and Open World for Natural Hair – or CROWN – was signed by Gov. Gavin Newsom on July 3. It was proposed in response to nationally publicized instances of African-Americans experiencing discriminatory practices because of natural hairstyles. 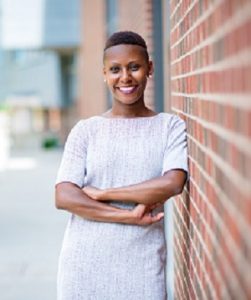 The issue of natural hair worn by Black people in the workplace and in schools has long been a topic of research in academia. However, Dove and co-founders of the Crown Coalition, a group that included beauty industry leaders, civil rights activists and legislators, sponsored a study that surveyed 2,000 women ages 25-64 working in office settings throughout the United States.

The results of the Dove study led to the introduction of the law in the California legislature. State Sen. Holly Mitchell, who wears her hair in locs, sponsored the bill.

“The history of our nation is riddled with laws and societal norms that equated ‘blackness’ and the associated physical traits…to a badge of inferiority, sometimes subject to separate and unequal treatment,” the legislation states.

A 2016 report by Ohio State University’s Kirwan Institute for the Study of Race and Ethnicity found that Black girls were being disciplined in the state’s public schools because of natural hairstyles. The report, titled “Race Matters . . . And So Does Gender,” pointed to “several recent high-profile examples involving Black female students being threatened with suspension and expulsion due to the ‘disruptive’ nature of their natural hair – an infraction involving nothing more than showing up to school with their own hair.”

It added that the interpretation of Black hair as being disruptive “is deeply connected to long-standing Westernized notions of beauty…yet again, this highlights the ways in which Black girls are penalized for their incongruity with ‘traditional’ White notions of womanhood.”

Report author Robin A. Wright who now leads Social Change initiatives in Student Affairs at the University of Cincinnati, told Diverse that college students still tell her that they plan to change their hairstyles when they graduate in order to obtain employment.

“I actually hear it more from young men, particularly, but also women, that they believe they have to cut off their dreads in order to get a job in corporate America,” said Wright, a diversity consultant and assistant director of social change and leadership at the University of Cincinnati.

Wright lauded the CROWN Act but said the need for it is regrettable.

“It’s ridiculous that we need a law like this in 2019,” she said, “but our kids and [other] folks are still being discriminated against.”

A 2013 study, “Hair It is: Examining the Experiences of Black Women with Natural Hair,” noted that “Black women face a double ‘othering’ through gender and racial oppression as Black hair is politicized and racialized by class and gender.”

“The beauty of African-textured hair has actively been suppressed by Eurocentric standards of beauty,” Johnson and Bankhead wrote. “For Black women and girls, identity is inextricably linked to their relationship to, and presentation of, their hair.”

Although to date no other state has prohibited discrimination based on hair style or texture, New York City adopted a similar law in February with inclusive language intended to protect employees’ rights to wear “natural hair, treat or untreated . . . such as locks, cornrows, twists, braids, Bantu knots, faces, Afros, and the right to keep hair in an uncut or untrimmed state.”

Amid Health Emergency, U of California Commits to No Layoffs Through June