Two former top officials in Puerto Rico are named in an unsealed corruption indictment for allegedly directing $15.5 million in contracts to favored businesses, edging out other companies for the lucrative government work despite allegations of being unqualified, according to National Public Radio. 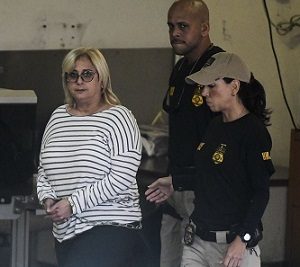 FBI agents this week arrested Julia Keleher, secretary of the island’s department of education before stepping down in April, and Ángela Ávila-Marrero, who led Puerto Rico’s Health Insurance Administration until June.

Prosecutors allege the conspiracy involved the two giving four associates an inside track to contracts. The contractors allegedly benefited by paying “unauthorized commissions” to other individuals to lobby government for more contracts, which authorities described as “a corrupt bidding process.”

Also arrested were Glenda Ponce-Mendoza and Mayra Ponce-Mendoza, sisters who worked as education consultants; Fernando Scherrer Caillet, an executive at an auditing firm; and consultant Alberto Velázquez Piñol. The 32-count indictment accuses the defendants of charges such as wire fraud, theft and money laundering.

Félix Córdova, a political analyst who teaches at the University of Puerto Rico, said the scandal reveals a troubling reality on the island and that many residents were not surprised by the charges.

Facing a dismal economy and budget cuts that have eliminated some basic services, the island’s government has hired private companies to provide educational and healthcare services.

The corruption charges come at a politically sensitive time for Puerto Rico’s government, which has been trying to project a competent image to Congress as island leadership expects to receive billions of dollars in recovery aid to help rebuild after Hurricane Maria.

President Trump has said that Puerto Rico has received more federal aid than some states hit with natural disasters, such as Texas and Florida, and has questioned sending relief aid to the island over fears that government leaders would mismanage the funds.

Genocide to Exodus: Why the Average Joe Should Care About Puerto Rico