By developing an employer manual and a series of training sessions, MERISTEM students who are part of an advocacy group in California aim to lower the high unemployment rates among young adults with Autism Spectrum Disorder.

MERISTEM is a day and residential program in Sacramento that helps young adults with Autism and other developmental difficulties transition into independent living and employment. The program has 50 students from the ages of 18 to 28.

After California Assembly Bill 2840 was signed by the governor, funding an Autism employment pilot program, 12 MERISTEM students were invited to become part of a leadership lab. The group was eventually named Transformational Advocacy Project (TAP), and members interview employers and individuals with ASD to gather data for their manual and trainings. 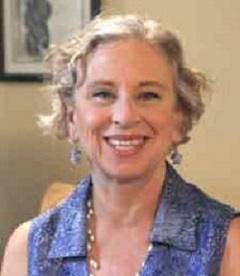 “In the time that TAP has been around, we’ve laid good groundwork to start doing the work we are doing now with the internship program,” said Zack Task, a TAP member. “We decided on a name, started getting things organized in a Google drive and we’ve done a few other things to help propel the project forward and give us a good base so we really can start collecting information and adjusting that. Hopefully soon, we can produce something that is readable to help employ more people on the Spectrum.”

According to a 2013 report in the Journal of the American Academy of Child and Adolescent Psychiatry, 90 percent of young adults living with ASD are unemployed or underemployed nationwide.

Valerie Baadh Garrett, TAP program director, said the low rates of employment are due to lack of jobs skills caused by little preparation in K-12 schools.

“Many people don’t have work skills,” said Garrett. “And one of the reasons is that there’s no vocational training anymore in middle schools or high schools. That’s been eliminated over the last 20 years or so. There’s no training beyond the college track. So that’s a real gap in our culture.”

In contrast to other manuals, TAP’s will be written from the voice of an autistic individual.

The first round of research for the Sacramento training program was just completed. TAP partnered with six local organizations to create a three-week internship for 13 students. Participants were placed alongside a job coach at a food bank, moving company, assisted-living facility, parks department and a restaurant.

Garrett found that the companies were very welcoming to the interns, but she believes the companies have to implement more training for staff on the TAP side. 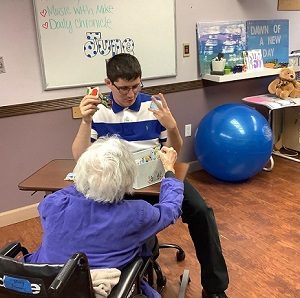 “They were so friendly to us that they possibly overlooked some things that another real professional hire would not have overlooked,” she said. “So we are drilling down on what those were and how they could have been managed. But basically, all of our interns were very high-functioning and there were no problems on the job from this short internship.”

During the internships, supervisors were taught to use a progression of instructions to best communicate job tasks. For example, they used a visual prompt or gesture to coincide with verbal instruction.

“The feedback that we got from supervisors was that, ‘We didn’t just learn how to work with folks on the Spectrum, we learned to work with anyone on our staff because we had no idea that there were different learning styles and it was so easy to learn how to do that,’” said Garrett.

With the development of the new training manual, the goal is to steer companies away from using the “charity model” and toward hiring employees based on best skills sets.

“The approach we are taking is to differentiate what we’re calling the charity model of, ‘We’re going to hire a disabled person or an autistic person because it’s good PR and it’s good socially to have our staff and our customers know that we are inclusive,’” said Garrett. “We would rather work on the side of a business model that this is good for business.”

Establishment of an extended onboarding process both during the application process and throughout the job will be further researched during the programs. For example, rather than a typical face-to-face interview, employers could physically walk through the job tasks with the individual.

“We feel that these really small changes to the customary hiring and training process at companies can make a huge difference in getting these successful workers to bring their value to the companies,” said Garrett.

In upcoming months, TAP will conduct the second round which consists of a six-week long internship as well as more focus on staff training. Additionally, early next year, the Los Angeles pilot program will be launched.

“I hope that TAP provides a good resource for people to use, a resource that people will use in the future and really continue the process of integration into the workforce for people on the Spectrum and people that think differently in general,” said Task.

Garrett said she believes that the process has already helped break down stigmas surrounding autistic adults in the workplace.

“Just from our program that was just completed, we demystified what an autistic person is by meeting and working alongside them,” she said. “They know they’re funny. They’re smart. They have skills. They might need to advocate for themselves. They may need to ask for a break or a glass of water like anybody might do. But we actually are promoting them to advocate for themselves and for the employer to be aware of what they may need, and I think that helped a tremendous amount.”

Study Finds Racial Differences on the Future of Work