A student sent Sara Urquidez, executive director of the Academic Success Program, two videos she won’t soon forget, despite seven years of work at the helm of the Dallas college counseling nonprofit for underprivileged students.

One video showed him submitting his application to the University of Chicago – and dancing the “Harlem Shake” in celebration. The other showed him jumping up and down while opening his acceptance letter months later. 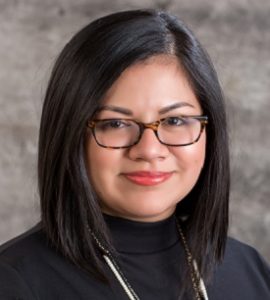 Urquidez credits the UChicago Empower Initiative, a new set of scholarships, access programs and admissions practices introduced at the University of Chicago last year to make the school more attainable for underprivileged students. This year, the university is welcoming a record influx of students from underrepresented backgrounds, including first-generation students, students from low-income households, rural students and the children of firefighters and police.

Urquidez said none of her students would have been admitted to the University of Chicago several years ago. The vast majority – 94 percent – are first-generation college students or students from low-income families. This year, six of them were accepted.

“If you looked at any of our students that have been admitted,” she said, “none of them would be at a place like UChicago if not for this work. Period. The end. And it’s not because they’re not amazing students.”

A year after the initiative, the number of incoming first-generation students and students from low-income families jumped by 20 percent, and rural student enrollment increased by 56 percent.

The University of Chicago’s 2019-2020 class is also 10 percent African-American and 17 percent Latinx, numbers that continue to increase year to year.

Yaneth Bello, director of equity and access at the university’s office of admissions, sees success in more than just the numbers.

“We visit all kinds of high schools across the country,” Bello said. “We can see the students’ physical responses when they learn about our access initiative. Their eyes light up. Their smiles get a little wider. We see the transformation.”

Bello also serves as senior associate director and as the Neubauer Family Adelante director of Hispanic/Latino outreach. She describes the Empower Initiative as part of a broad, long-term effort toward greater inclusion. 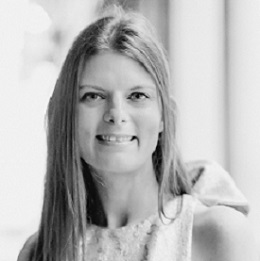 The Empower Initiative introduced a slew of new options for financial support at the university. For students from families with annual incomes of less than $60,000, financial aid now covers tuition, fees and room and board. The school offers students from families with annual incomes below $125,000 free tuition. First-generation students receive a $20,000 scholarship and a guaranteed paid internship the summer of their first year.

The university also instituted programs such as the Allison Davis Jr. Education Summit and the UChicago Women’s Board sponsorship of Summer Scholars Program for African-American Students, free summer programs for high school students on campus.

The initiative affords students more flexibility in the admissions process, as well. Students can now self-submit transcripts, avoiding an additional step and fee, and they no longer have to submit test scores, a rare policy among highly selective universities.

Students can also personalize their applications by including non-traditional materials such as videos and artwork. Bello recalled one student sending a video of his circus performance as a clown. Another submitted art focused on her future major, environmental studies.

Such supplemental submissions allow students of all backgrounds to “have choice and voice in the application process” beyond grades and test scores, Bello said.

While still relatively new, the Empower Initiative stems from preexisting resources for underprivileged students at the University of Chicago, including UChicago Promise, which offers advising and full-tuition scholarships for students from Chicago public schools, and the Neubauer Family Adelante Programs, which fund outreach efforts to the Latinx community such as information sessions presented in Spanish.

This summer, the university is expanding the Empower Initiative’s reach with a focus on rural students in partnership with rootEd Alliance, a collaboration of philanthropies invested in higher education in rural communities.

With the support of University of Chicago Trustee Byron D. Trott, the new UChicago Emerging Rural Leaders Program pays for high school students from rural communities to attend special summer sessions on campus for free. Summer program participants who enroll in the university will receive merit scholarships for $5,000 a year, and University of Chicago students from rural high schools will be offered paid summer internships their first year.

“If you’ve never had to fight for every dollar for a kid to go to college, you don’t know why this stuff is so big,” she said. “To see the colleges are valuing their experiences and their voice, it’s humbling.”