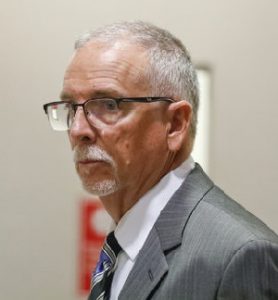 A former gynecologist who worked for the University of California, Los Angeles has been accused of sexually assaulting nine more women in two lawsuits, according to an Associated Press report.

The lawsuits state the women were assaulted by Dr. James Heaps during examinations between 1989 and 2017. Heaps has been criminally charged with the sexual battery of two patients but denies any wrongdoing. He has pleaded not guilty.

According to the AP, the most recent lawsuits were filed last week in Los Angeles Superior Court against Heaps, the university system’s regents and other parties. Three of the nine women were UCLA students at the time of the alleged assaults; the other six were not students and saw Heaps at the Ronald Reagan UCLA Medical Center.

Three other women have filed lawsuits against Heaps since he was arrested last month. The university has said its investigation into the gynecologist began in December 2017, though officials did not alert the campus community of the allegations until Heaps was in court last month.

Heaps retired in 2018 when the university declined to renew his contract. UCLA has promised an independent review of its response. According to the AP, the Los Angeles Times reported the university’s regents finalized a $2.25 million settlement with one of the victims in the criminal case. The university also settled with a nurse practitioner who claimed sexual harassment and retaliation by Heaps for participating in the investigation for nearly $1.3 million