Today’s college students are feeling unprepared to manage their finances and have already accumulated high amounts of debt, according to a recent survey by EVERFI.

The report, titled “Money Matters on Campus” which was sponsored by AIG Retirement Services, focused on students’ financial experience and knowledge. It included 30,000 college student participants from 440 institutions in 45 states. 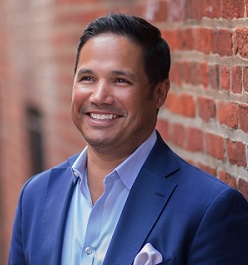 The survey found that six in 10 students have taken or intend to take loans out to cover their tuition bills. However, only 65 percent actually plan to pay off those loans on time and in full.

Ray Martinez, co-founder and president of EVERFI’s Financial Education and Conduct and Culture divisions, believes that many families remain unaware of the full cost of attending college. This results in students needing to take out loans because they were unprepared financially.

“One of the most important investments you’re going to make in your life is around where you’re going to attend college,” said Martinez. “And I don’t believe as a country we’ve done a great job of preparing students and families before they’re making that decision. A lot of these decisions are emotional decisions for students and I think there needs to be much more of a financial lens as you’re making these decisions.”

Not only do students struggle with student loans, they also face problems with paying off their credit card bills.

According to the survey, 36 percent of participants already have more than $1,000 in credit card debt. And many students do not have enough money to pay off their debts or are not fully aware of the consequences of leaving bills unpaid.

The study found that students’ low financial literacy levels result from little to no fiscal education within the K-12 school system.

“I really believe that like any form of education, financial education has to be consistent,” said Dr. Daniel Zapp, senior director of research at EVERFI, a Washington, D.C.-based company that partners with educators and institutions and uses technology to innovate education development and delivery.

“It has to be continuous for it to stick,” said Zapp. “None of us would have learned mathematics if we only took one course in mathematics. It’s because we took continual courses that built upon each other and reinforced the knowledge that we had already learned that we were able to develop a true understanding.” 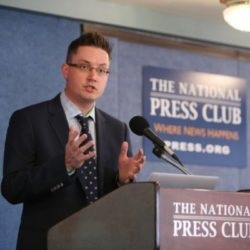 “You need multiple intervention points as it relates to financial capability,” said Martinez. “From requiring it in public schools to having online training and experiences that can track and measure progress so ultimately we can provide a solution that builds students confidence before they set foot on campus.”

Providing public schools with financial web-based resources allows teachers to cater to many different learning styles and tracks student progress along the way. The online resources would help students prepare for their financial college future rather than just focusing on the academic side.

In terms of fiscal education in college, Martinez said institutions need to ensure that students have access to the information and resources they need in order to make more informed personal financial decisions.

“You’re starting to see leaders of higher education institutions really take this topic seriously because they have a true understanding of the pressure that it is being put on students,” said Martinez.

Stress levels have increased among students when it comes to making certain financial decisions. For example, the three highest points of financial stress, according to the survey, include landing a job after graduation, fear of tuition rising and whether they have enough money to last the semester.

According to the report, “these stress levels can impact their ability to stay engaged in their professional life, impacting productivity, pay and advancement.”

EVERFI has conducted a similar survey over the last seven years. Significant trends have been found within the data, including an increase in student credit card usage as well as a decrease in plans to pay back their loans.

EVERFI plans to continue conducting research next year in partnership with AIG and will focus on where students get their funding for higher education, as well as a comparison between working students and non-working students.

Additionally, there will be more of a focus on underrepresented students, as this year’s sample was not large enough to report significant findings among those groups.

“We will look into more of those schools for next year and look at the differences we might see for historically Black colleges and universities, minority serving institutions or at least the students who are attending those types of institutions,” said Zapp.

Sarah Wood can be reached at swood@diversseeducation.com.