The Trauma of ‘Go Back’: Calling Out Racism in Full - Higher Education

The Trauma of ‘Go Back’: Calling Out Racism in Full

When I was a freshman in high school, I was walking to my geometry class for sixth period. A loud voice boomed down the hall, “Hey, Korean trash, go home!” In an almost exclusively White high school, I knew that the insult was being hurled at me. 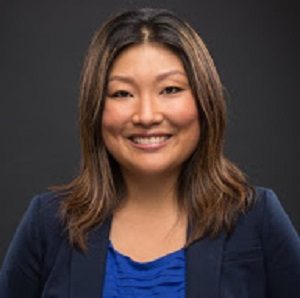 Laughter rang and my face burned as I watched my peers slap the aggressor on the back in congratulatory fashion. I rushed into my classroom and tried to hold my head high as others nervously glanced my way. No one came to my defense, or even approached me about what had happened.

Humiliated, I thought to myself, “He’s right. I should go back.” But in my heart, I knew that wasn’t an option. I had no one to go back to.

I was adopted from Korea when I was a baby. Thankfully, my adoptive parents knew that I needed to become a U.S. citizen; countless international adoptees find themselves without citizenship as adults.

But the issue for many adoptees like myself is complex. I didn’t get a say in whether or not I was taken out of my home country, nor did I get to dictate who would raise me or where I would live. As a baby, I had no voice; as an adult, I find myself still without much of what I desire. I have no original birth certificate, no medical records, no pictures and a lack of any real information about the first three months of my life.

What many people don’t understand is that international adoptees are immigrants. This is an identity that I hold, albeit complex. When Trump was elected president, I became fearful that my citizenship would be questioned and that I would face an increase in the “go home” comments I received.

I was a new Ph.D. student at the University of Texas at Austin, now living in a conservative state where issues of immigration are nationally highlighted. Soon after, Texas passed SB4, known as the “show-me-your-papers law.” This increased my unrest and panic, and I spent months reeling, frantic that I would lose my passport or proof of naturalization. I emailed myself and my doctoral adviser a copy of my passport just in case.

Some people questioned this paranoia — after all, I am a U.S. citizen. But I wasn’t born here and the flagrant attacks on immigrants were not only racist and upsetting, but personal.

Today, President Trump tweeted that certain Democrat congresswomen should “go back” to the “totally broken and crime infested places from which they came” and that they “can’t leave fast enough.” The words filled me not only with rage — at the ignorance, blatant racism and concept that this was our commander-in-chief — but with an all-too-familiar feeling of sickness and dread.

As an adoptee, an immigrant and a person of color, there are memories that I push aside in order to live my life in a way that isn’t steeped in hatred and bitterness. Some days, like today, are difficult.

I choose, for many reasons, not to have a large social media presence. I use Twitter largely to follow education news, as well as educational researchers and professors that I respect. After Trump’s tweet about the Congresswomen, I was pleased to see so many educators calling him out for what this is — racism.

However, upon second glance, I noticed a trend in many comments. Many are reprimanding Trump’s comments because three of the four (perceived) targeted Congresswomen were born in the United States: Alexandria Ocasio-Cortez of New York, Rashida Tlaib of Michigan, and Ayanna Pressley of Ohio. This is the list being used by many for why Trump’s comment is so reprehensible — because the home country they would “go back” to is the United States.

But what if it wasn’t? What if all four women were, like Ilhan Omar, born in another country?

As educators, our language matters. When we are calling out racism, it needs to go deeper than simply, “It’s racist to assume she wasn’t born here because of her skin color.” This is true; but it is just as racist against Omar as it is the other three.

For some of our students, this type of targeted attack on women of color will be deeply personal. And we need to remember that for those students who weren’t born in the U.S., calling Trump out simply on his inaccuracies of where certain Congresswomen were born isn’t enough.

Jessica Fry is a Dean’s Fellow Scholar and a Ph.D. candidate in educational leadership and policy at the University of Texas at Austin. You can follow her on Twitter @JessicaJoyFry

University of Pennsylvania Will Allow Former President to Revise Dissertation

On Citizenship and Voting