Salt at Heart of Nuclear Research for Team - Higher Education

Salt at Heart of Nuclear Research for Team

Dr. Rusty Towell, professor of engineering and physics at Abilene Christian University (ACU), hopes to change the way nuclear power is understood by the public.

Over the next five years, Towell and his team of 30 people will study molten salt reactors in the school’s Nuclear Energy eXperimental Testing (NEXT) lab. 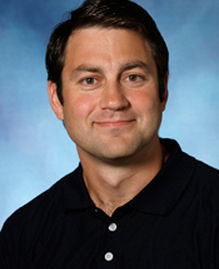 Through the Department of Energy, ACU applied to build and run a reactor. This would make them the only operating research reactor cooled by molten salt, if approved.

ACU plans to partner with people from Georgia Tech University, Texas A&M University and the University of Texas.

For their research, they will use a nitrate salt mixture of lithium, potassium and sodium, which has a high melting point and remains liquid to about 550 degrees Celsius.

The molten salt would be used to cool, which eliminates the need for water and pressure underneath – meaning that here is less risk of a meltdown, according to the school’s press release.

Their studies will address the biggest concerns of nuclear power, which are waste and safety.