These are just a few of the many jobs that didn’t exist 35 years ago.

And as current trends go, there will undoubtedly be a number of new professions that will be created over the next decade or so, forcing higher education leaders to rethink how they train and prepare students for the emerging workforce. 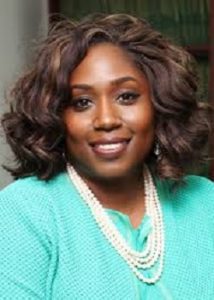 The same is true when it comes to higher education terminology. At one time, not too long ago, terms like food and housing insecurity and Latinx were not part of higher education’s lexicon.

“In many ways, higher education has experienced a radical transformation quickly, one that requires continual updates,” says Dr. Kenneth C. Parker, an education consultant who studies trends in education. “The challenge is whether institutions are readying themselves to meet these challenges.”

Homeland security and cybersecurity, he says, are relatively new areas of studies at the college and university level, and those programs have taken off with a considerable degree of success.

However, the pipeline of new professionals in the field of homeland security and emergency management has been developing without the inclusion of racially and ethnically diverse students.

That’s a problem, particularly for the nation’s historically Black colleges and universities (HBCUs).

“HBCUs cannot afford to be passive while other institutions make their mark in the field of homeland security and emergency management and prepare their graduates for plum positions in this growing career option,” notes Dr. Goulda A. Downer, an assistant professor in the College of Medicine at Howard University.

She says that the field of homeland security and emergency management is relatively new, with the first degree granted just 25 years ago.

“However, while other institutions are updating their curricula, diversifying their degree options, and pioneering new developments in this emerging field, HBCUs are playing a losing game of catch up at best,” she says. “We are missing the opportunity to be at the table when issues of national certification and accreditation in the field are being decided and our absence reflects poorly on us as stewards of the communities we serve and places them at peril.”

To be a fair, a number of HBCUs have tailored courses and programs around the future. As a high demand for skilled laborers in cybersecurity and information technology continues – and concerns surge about the nation’s national security – historically Black colleges and universities (HBCUs) have stepped up to train their students for the jobs of the future.

“It is well known that HBCUs produce the most Black STEM PhDs,” says Dr. Aurelia T. Williams, chair of the Computer Science Department at Norfolk State University. “If we are to fulfill those cybersecurity positions with a talented and diverse pool, then HBCUs must be part of the equation.”

Data from the Bureau of Labor Statistics (BLS) indicates that the cybersecurity profession — particularly information security analyst jobs — is projected to grow 28 percent between 2016 and 2026, much faster than average for all occupations. Most of the available positions will require a bachelor’s degree or similar industry-based certifications. 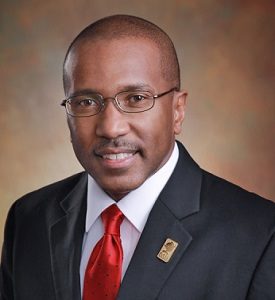 As a result of predicted cybersecurity employment shortages, demand for qualified workers has been categorized as an “emergency,” Williams adds. Cyberattacks are also expected to become more common, according to BLS.

Workforce and education leaders point out that it will take a combined effort from higher education institutions, states and business partners to bridge connections for students to enter in-demand roles with the skills and competencies employers need.

And significantly, Dr. Harry L. Williams, president and CEO of the Thurgood Marshall College Fund, says that HBCUs and PBIs will have to overcome the challenge of building enough institutional capacity to sustain the cybersecurity programs that will train students for the profession.

Part of building that sustainability will start with having faculty members trained in the latest developments of the cybersecurity field.

The degree will provide undergraduate students with a career pathway into computer hardware design and cybersecurity engineering. It will give students an opportunity to explore emerging engineering specialties, including artificial intelligence, high-performance computing, machine learning, deep learning, autonomous vehicle technology and embedded robotics, says Dr. Heshmat Aglan, dean of the College of Engineering.

Existing electrical, computer science and mechanical engineering courses will be combined with 22 new credit hours of computer engineering courses. Students will satisfy the degree’s requirements by completing 128 credits in the program. The program officially launches this fall. 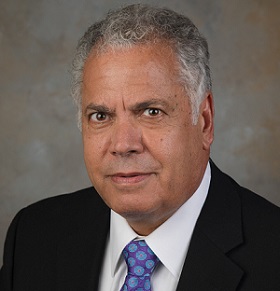 Southern will receive more than $6 million over five years for the program, and the contract with Louisiana-based Advanced Biomedics will be allowed to automatically renew for two additional five-year periods “unless there is cause to terminate,” according to university officials.

The move is historic for the HBCU, as it is the first to offer a program about legal cannabis. Southern is one of only two public universities in the nation — along with Louisiana State University — to legally research and grow marijuana in their facilities.

As land-grant institutions, Southern and LSU received a “right of first refusal to be licensed, either separately or jointly, as the production facility for medical marijuana in the state of Louisiana” under the state’s Senate Bill 271 passed in 2016. Southern submitted a letter to participate as a producer in August 2016.

Overseeing the medical marijuana program is the SU Ag Center, the fifth campus in the Southern University System that specializes in livestock and agricultural research and community education.

With the incredible speed at which technology is advancing and changing how we live, it’s crucial that institutions understand the impact that all of this is having —­ and is going to have — on how we work and learn, says Heather McGowan, a futurist and well-known lecturer.

Speaking at the Achieving the Dream conference in Long Beach, California earlier this year, McGowan noted that as humans, we are taught to learn to do one thing and be great at it, and maybe that one thing is going to change a few times.

“However, the reality is that technology is changing, preparedness is changing, and most are going to have more than one job and learn about many different fields,” she notes. “The idea is that being proficient in just one area is no longer good enough. Becoming aware and well-rounded is the future today, and the future of work is learning.”

Community colleges, she says, can be at the forefront of this innovative change. She notes that nearly all of the jobs created during the recent economic recovery went to workers with postsecondary education training.

“That training really begins in high school,” she observes. “The work of the future will require a robust system of lifelong learning and high school may just be the fulcrum in that system, best positioned to make the necessary profound changes across the system.”

McGowan says that the university degree is the new high school diploma.

“Four out of five CEOs say that skills gaps in creativity and problem solving make hiring difficult and nearly half of job tasks may be lost to automation within the next two decades,” she says. “While we have substantial technical skills gaps we also have a profound shortage of non-technical, uniquely human skills such as empathy, social intelligence, creativity, communication and judgment among others.”

This article appeared in the July 11, 35th anniversary issue of Diverse.