Howard University is sending a message to the campus community after some students allegedly issued threats of gun violence against the school via email and social media group chats, television station WJLA has reported. 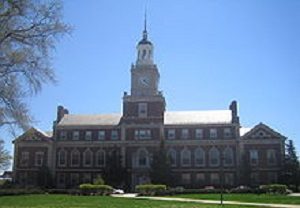 Numerous “life-threatening and dangerous messages” were posted on social media by students and submitted through emails and group chat, Howard administrators said.

The school reported the posts to police, and any student found violating the school’s code of conduct will face punishments such as suspension, expulsion and prosecution, said Howard president Dr. Wayne A.I. Frederick.

The historic HBCU posted a letter on its official Twitter page Sunday regarding the matter.

“The safety of our campus community – students, faculty and staff – is our number one priority,” the statement read in part. “Howard University takes all threats related to gun, and other forms of violence, very seriously.”

It added: “In light of the gun-related incidents on university campuses that have occurred nationally, we are fully cooperating with law enforcement. We recognize that we are not immune to people with ill intent that aim to cause harm to our community.”

Representation is Power: Why Exploring What Black Children Watch Matters