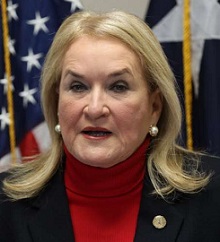 The Caucus was founded in 2015 by Dr. Alma S. Adams, a Democratic representative from North Carolina, and Rep. Bradly Byrne, R-AL, to promote bipartisan legislation that supports HBCUs and their graduates.

Since its inception, the Caucus has secured more than $200 million in additional federal funding for HBCUs. In 2017, it launched its HBCU Partnership Challenge, which brings together government and industry leaders for quarterly conferences that help forge stronger, more sustainable HBCU and industry partnerships.

“As a proud graduate of the Thurgood Marshall School of Law at Texas Southern University, I am honored to join the Congressional Bipartisan HBCU Caucus to highlight the value historically Black colleges bring to higher education,” said Garcia.