Like many youngsters of color in low-income, crime-challenged communities, Dr. Andre M. Perry found his way up and out through education. The Pittsburgh native earned a series of degrees that helped him achieve his goal of serving on a college faculty, but he eventually left the academy to better make the kind of impact on public policy that he feels is part of his calling.

“Many people go into academe wanting to make a tremendous impact in society,” says Perry. “But when you’re in it, you see the limitations on making substantive change. You can influence researchers and thinkers and students, but it takes a long time, if at all, to have an impact on policy.” 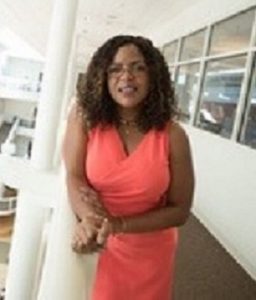 He has found that fit as a David M. Rubenstein Fellow in the Metropolitan Policy Program at the Brookings Institution, a Washington, D.C.-based think tank.

To Perry’s delight, his research on race and structural inequality, education and economic inclusion keeps him in touch with policymakers, academic environments, communities and “people who are actively working on issues that are near and dear to my heart.”

Perry is one of many academics of color who have determined that the campus environment was no longer where they wanted to be. Although no agency appears to track the number of college faculty, particularly those of color, who exit the ivory tower, the transitions over time are significant because the disproportionately low numbers of faculty of color are stagnant or declining while students of color are increasing as a proportion of the nation’s colleges and universities.

What is known, however, are some of the reasons they say they leave: dissatisfaction with tokenism and isolation, denial of tenure, inability to effect institutional change, lack of personal and professional fulfillment, and failure of their institutions to create campus climates that tangibly embrace diversity, equity and inclusion among faculty and administrators.

The problem is more acute at predominantly White institutions. And much of it boils down to racism, observes Dr. Ebony O. McGee, a tenured associate professor of education, diversity and STEM education at Vanderbilt University. The former electrical engineer has watched the phenomenon at work, mitigating against faculty of color after they arrive and even before they get their foot in the door.

For example, instructors of color are still less than 6 percent of STEM faculty nationally, and the number of Black engineering faculty – which was hovering around 2.5 percent – recently declined, notes McGee, who earned a Ph.D in math education at the University of Illinois at Chicago and had postdoctoral fellowships at the National Academy of Education/Spencer Foundation and the National Science Foundation.

“Faculty hire other faculty,” she points out. “So if you want to aggressively recruit (minorities), others have to agree. Then you get into bias and ‘fit’ and ‘pedigree’ questions that ultimately end up pushing folk out. The White folk want people who are just like them.”

If the massive nationwide push to get more underrepresented students into STEM fields has yielded any fruit, it appears to have done nothing to diversify those faculties, says McGee.

“When Black faculty saw these well-funded initiatives, we got excited about the possibilities,” she says. “We thought our phones would be ringing off the hooks. And it’s just ‘crickets.’”

Schools justify one instructor of color, maybe two – or none – in STEM departments by claiming that they can’t find them, yet they continue to recruit from the same largely color-free institutions, McGee says.

And faculty in underrepresented groups who do get recruited often enter an unwelcoming environment.

“You just can’t bring Brown bodies into a White supremacy system and expect that to be okay,” she says.

For whatever reasons they leave, even the security of a tenure-track position isn’t enough to keep them.

Like Perry, who was founding dean at the College of Urban Education at Davenport University when he left the academy in 2015, tenure wasn’t enough to keep Dr. Kerry Ann Rockquemore as a professor at the University of Illinois at Chicago.

She had become an expert on biracial and multiracial youth and interracial families, writing numerous articles, book chapters and books.

But after gaining tenure, her focus shifted to improving conditions for pre-tenure faculty. In 2008, drawing on her work with underrepresented faculty, she published the book The Black Academic’s Guide to Winning Tenure Without Losing Your Soul. 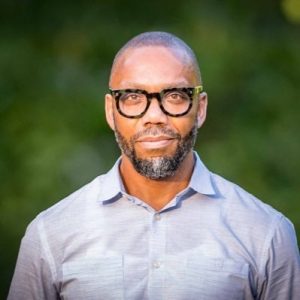 Two years later, only a dozen years into the professoriate, she left.

What she tried is working.

As founder of the National Center for Faculty Development & Diversity, she writes, speaks and works with a team on faculty development and leadership – essentially, partnering with campuses to reduce the racial disparities in faculty ranks by supporting underrepresented faculty.

Rockquemore found she could achieve results faster on the outside than on the inside.

“I had become frustrated by the glacial pace of change” at the school, she recalls. “I was very weary of the problem of watching the revolving door of underrepresented faculty on my campus.”

One of the biggest problems was that they were not getting on campus the kind of help they needed to succeed, particularly with respect to mentoring, says Rockquemore.

“I just got tired of watching brilliant people kind of get spit out,” she says, “and I felt I had a reasonable idea to reduce the problem. And I was motivated to try to solve it in a way that was bigger than just my campus.

“I’m not scared to fail. People thought I was crazy, giving up my tenure. But if this failed, I would go do something else. I’d go find another problem to solve. But, lo and behold, there were plenty of people who had that problem – far more than I ever imagined.”

It was while on faculty that Perry began to get the same sense that he could make a more desired impact outside academia.

Prior to arriving at Davenport, he had run four charter schools while serving in the administration at the University of New Orleans. But he noticed that an aversion to risk typical of higher education was causing retrenchment and limiting results.

Perry got involved with education reform and applied lessons learned about connecting to communities and responding to their needs in his role as founding dean of education at Davenport. He also began writing about it for various audiences.

“And I saw I could have an impact in much different ways if I stepped out of the confines of academe,” he says. “Once I started experimenting with that, I saw that ultimately I wanted to be at a think tank where I can do research, but also have a direct link to promoting and advancing policies that can uplift people in Black-majority spaces.”

While he had experienced being able to connect with communities as an academic, few schools allow for the kind of engagement he desires, he says. 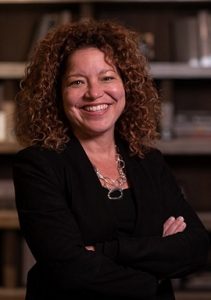 So, he wrote and consulted for a couple of years before joining Brookings in 2017.

“I’ve always had the perspective that I’m going to be a researcher slash activist slash policymaker, and no matter what role I’m in, I’m going to be those things,” says Perry. “So I’m always going to be in a space that will allow me to be me. I was encouraged to be a traditional academic – wrongly encouraged. I can do that and did. But for me, it was about impact on communities, so eventually I left academe. I found a way. You can’t just up and leave, because all your social and professional networks are attached to universities. So, you need to find a way to transition.”

Perry, who has a Ph.D. in education policy and leadership from the University of Maryland College Park, echoes a sentiment frequently expressed by minority faculty members: that often a school’s values and priorities don’t align with those of faculty of color. That can become painfully clear during tenure decisions, which tend to rely inordinately on research, publications or both over teaching and service, some contend.

But excellence in teaching and service should matter just as much because they can impact the world as positively as research and publishing, says Perry.

“If faculty impact is measured by getting in journals rather than helping communities around them, universities will become less relevant in the world of social-impact institutions,” he says.

“A lot of people of color go into academia wanting to make an impact, but they realize it is very difficult to do in a college or university setting, and colleges are losing top talent because of it,” Perry continues. “Tenure is heavily related to research. Research, I have found, is much more relevant when you are trying to address a real-world problem. Universities award people with tenure who are sometimes researching irrelevant or esoteric issues. Schools are going to lose great minds and important actors if they don’t recognize that research and service aren’t that far apart.”

Until then, he predicts, the tenure and promotion process will remain “a way to filter out people of color,” whose values “often are devalued by the institution, by and large.”

Rockquemore also assailed the tenure process, which usually has broad guidelines that shift while faculty are on the tenure track and never provide complete clarity. It’s frequently hurdle that many faculty of color can’t clear, which ultimately leads to their being forced to leave the institution.

“The tenure and promotion process has all kinds of ambiguity built into it,” says Rockquemore. “At the end, colleagues take an anonymous vote for which they are not accountable. In that type of environment, where standards are not clear and there is anonymous voting, there’s so much room for craziness to happen. The issue of collegiality is sometimes used to deny tenure. Whenever there is ambiguity in the process, there’s room for all the –isms and subjectivity to creep in.”

One thing that can shore up an instructor before and after tenure is bringing in a lot of research grant money, says McGee.

“If you fight the man with a few million dollars under your belt, they won’t make life great for you, but they’re less willing to push you out,” she says. “It’s a way of resistance. It’s a way to keep your soul.”

She and Perry say an institutional culture change is needed on college campuses to attract Black and Brown faculty, knock down barriers to retention and remove the revolving door.

“The institution is the problem,” says McGee. “There are so many biases in the system, an overhaul of the system is needed.”

The work of diversity officers sometimes backfires and increases disparities, she contends, causing retrenchment in departments that don’t value diversity by shining a spotlight on them.

Rockquemore’s consulting is aimed at helping faculty and their schools permanently shut the revolving door. That includes things such as promoting an understanding of what is required for tenure; helping tenure-track faculty understand how to work wisely on what will be evaluated; instilling the importance of cultivating and navigating professional relationships; stressing the critical importance of a healthy work-life balance and self-care; and, for the institutions, gathering climate data, addressing policy and structure issues and investing in mentoring and professional development of faculty.

The departure of faculty of color “is a deep and complex problem that requires multiple approaches to make a change,” said Rockquemore.

And although change in higher education is notoriously slow, she “absolutely” believes progress will be made.

NOTEWORTHY NEWS: Will They Come?