Frat Members Suspended After Photo at Emmett Till Memorial

After posing with guns in front of a bullet-riddled sign honoring slain civil rights icon Emmett Till, three University of Mississippi students have been suspended from their Kappa Alpha fraternity house and face possible investigation by the Department of Justice, according to a report by ProPublica. 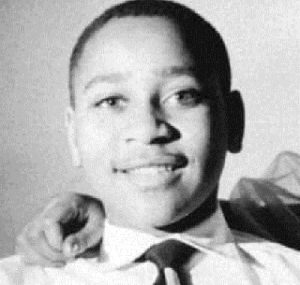 One of the students posted a photo to his private Instagram account in March showing the trio in front of a roadside plaque commemorating the site where Till’s body was recovered from the Tallahatchie River.

Till was barely 14 years old and visiting from Chicago on summer vacation when he was brutally tortured and lynched in August 1955 after being accused of offending a White woman in her family’s grocery store. An all-White, all-male jury acquitted two White men accused of the murder.

The photo, obtained by the Mississippi Center for Investigative Reporting and ProPublica, shows an Ole Miss student named Ben LeClere holding a shotgun and standing in front of the sign. His Kappa Alpha fraternity brother, John Lowe, squats below the sign. A third fraternity member stands on the other side with an AR-15 semi-automatic rifle.

The picture appears to have been taken at night; the scene is illuminated by vehicle lights. It is not clear whether the fraternity students are the ones who shot the sign, which is part of a memorial effort by the Emmett Till Memorial Commission, a Mississippi civil rights group.

The sign has been repeatedly vandalized, most recently in August 2018.

Five days after LeClere posted the photo, a person who saw it filed a bias report to the university’s Office of Student Conduct. The complaint pointed out there may have been a fourth person present, who took the picture.