The media has recently emphasized the importance of talent to ensure the global competitiveness of the U.S.; and the relationship between talent acquisition and immigration policy, including international student policy. But how does one describe and measure talent, given the key role highly skilled individuals play in a country’s prosperity? 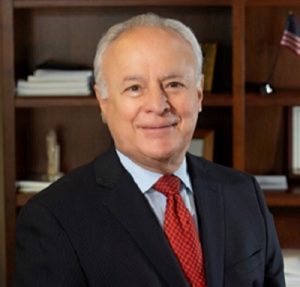 A wise professor of mine at graduate school once told me, “You can see and feel talent when you develop even a cursory relationship with another individual.” But this is an impossible policy basis for identifying talent in both public and private endeavors. An obvious example: Who would have predicted that Dr. Stephen Hawking, a scientist in a wheelchair, communicating through a computerized voice synthesizer, would revolutionize the world of physics?

The Organisation for Economic Co-operation & Development (OECD) is an international organization that shapes policies that foster prosperity, equality and opportunity for all. OECD countries increasingly compete to attract and retain talented workers, notably by adopting more favorable migration policies for the best and the brightest. This global competition is primarily focused on the Science, Technology, Engineering and Mathematics (STEM) disciplines.

OECD recently developed the Indicators of Talent Attractiveness. It is the first comprehensive tool to capture the strengths and weaknesses of OECD countries regarding their capacity to attract and retain three specific categories of talented migrants: highly educated workers (those with master’s and doctoral degrees), foreign entrepreneurs and foreign university students.

The U.S. is ranked 7th using this tool, behind Austria, Sweden, Switzerland, New Zealand, Canada and Ireland. According to an article in Forbes, 33 of the 85 American Nobel laureates since 2000 have been immigrants. Impressively, of the seven U.S.-based Nobel laureates in 2016, six were not born in the U.S. If you restrict the numbers to science and economics, six out of six were immigrants.

Thus, many countries are focusing on talent as a national priority. OECD is helping to examine the policy implications of international flows of human resources in science and technology; extend countries’ understanding of international mobility; and address the government policies required to manage and shape this mobility.

But OECD is not alone in studying the crucial nature of talent. In Switzerland later this year, The Times Higher Education organization, based in London, England, is sponsoring the 6th World Academic Summit 2019 with the topic “How Talent Thrives.” This three-day summit will “explore key questions for higher education on issues of lifelong learning, industry partnerships, meeting the skills gap, research consortiums, and talent recruitment and management.”

Of the 41 featured speakers, five are from the U.S., including professors from MIT and Harvard. Importantly, the vice president of research for Walt Disney Studios and the executive innovation consultant of IBM ThinkLab and IBM Research, Zurich, are also featured speakers. The growing reality shows we live in a global innovation economy where creativity and discovery are key success factors for major U.S. innovative corporations.

So, if the U.S. base of Nobel laureates is so dependent on immigrants, why is the U.S. putting up barriers to recruiting the best and the brightest from overseas? After all, aren’t we in essence a nation of immigrants? Have they not been crucial to sustaining our innovation and economic leadership?

I would submit that the political climate in the U.S. regarding immigration and international graduate policy needs urgent attention before we shoot ourselves in the foot by losing our competitive advantage in the global economy for science and technology talent. The good news is that Congress is starting to recognize the cruciality of talent. The U.S. Senate in June introduced a bill that would remove barriers for STEM international students who want to work in the U.S. after receiving advanced degrees. The proposed Keep STEM Talent Act of 2019 would exempt these graduates from current policies that significantly hinder their pathway to citizenship.

Going back to my wise professor, I believe he would agree when I say that it is simple common sense to encourage our international graduates to stay here after receiving the benefits of America’s world-class academic research universities.

Dr. David Steele Figueredo is president of Woodbury University and a Venezuela native with a long career as a corporate executive and leader in higher education.