The United States Department of Housing and Urban Development has proposed changes to the disparate impact rule under the Fair Housing Act, a provision that prohibits seemingly neutral policies that have a “disparate impact” on marginalized groups. The new rule would require victims of discrimination to provide five additional elements of proof in a disparate impact claim. 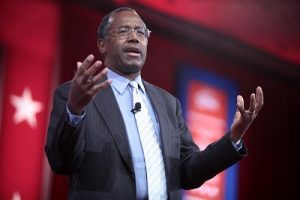 Some civil rights leaders are arguing that the amended disparate impact rule would let insurance companies and companies that use statistics and algorithms to discriminate off the hook, and would make it harder for people to defend disparate impact cases.

“At a time when racial disparities in housing are stark, the racial wealth gap is growing, the African-American homeownership rate has declined to historically low levels, and over four million instances of housing discrimination occur each year, it is critical to preserve and strengthen the tools we have to ensure that everyone is treated fairly in their search for housing,” said Lisa Rice, president and CEO of the National Fair Housing Alliance. “Some policies can appear neutral on the surface, but unfairly exclude certain groups of people in practice. Disparate impact allows us to identify and eliminate harmful, inequitable, and unjustified policies so that everyone is treated fairly.”

Joining the National Fair Housing Alliance in a joint statement and Friday conference call assailing the HUD move and the Trump administration were representatives of The Leadership Conference on Civil and Human Rights, the NAACP Legal Defense Fund, the Lawyers’ Committee for Civil Rights Under Law and the Connecticut Fair Housing Center.

Sherrilyn Ifill, president and director-counsel of the NAACP Legal Defense Fund, said the issue isn’t just about housing. When it’s harder to fight housing discrimination, that leads to housing segregation, which impacts students of color.