Overdose Death Trend Shifts from Rural Back to Urban

U.S. drug overdose deaths, most common in Appalachia and other rural areas in recent years, are back to being more concentrated in big cities, according to an Associated Press story. 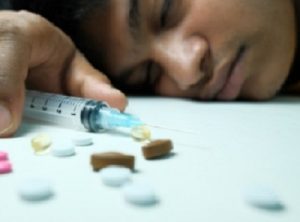 According to a report released Friday by the Centers for Disease Control and Prevention, both urban and rural overdose death rates have been rising, but the urban rate shot up more dramatically after 2015.

Dr. Daniel Ciccarone, a drug policy expert at the University of California, San Francisco, said the development probably is due to a shift in the current overdose epidemic.

What is now the deadliest drug overdose epidemic in U.S. history initially was driven by opioid pain pills, which often were as widely available in the country as in the city. But then many drug users shifted to heroin and fentanyl, and the illegal drug distribution system for those drugs is more developed in cities, Ciccarone said.

He said another possible explanation is the rising overdose deaths among Blacks and Hispanics – including those concentrated in urban areas – when “early on, this was seen as an epidemic affecting Whites more than other groups. Increasingly, deaths in urban areas are starting to look Brown and Black.”

The urban overdose death rate surpassed the rural rate in 2016 and 2017, the report said. Rates for last year and this year are not available yet.

The difference between urban and rural counties was not large. In 2017, there were 22 overdose deaths per 100,000 people living in urban areas — counties with large and small cities and their suburbs. There were 20 per 100,000 in rural areas — non-suburban counties with fewer than 50,000 residents.

Dr. Diego F. Cuadros, a University of Cincinnati researcher, said the findings are consistent with what he and his colleagues have seen in Ohio.

About 68,000 Americans died of overdoses last year, according to preliminary government statistics reported in July.