Glasgow University is paying £20 million in reparations – the equivalent of more than $24.3 million in U.S. currency – after discovering financial ties to the slave trade, according to The Scotsman newspaper. 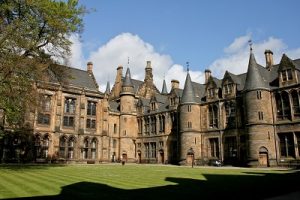 The money will go toward establishing the Glasgow-Caribbean Centre for Development Research, with bases at Glasgow University and the University of the West Indies, to foster partnerships between the two academic communities. The center will host public events and support research on slavery, funded by Glasgow, for the next 20 years.

The decision came after the university conducted a year-long investigation into its links to the slave trade. The study found that Glasgow participated in the abolitionist movement while also receiving donations from slave-trade profits in the 18th and 19th centuries, including £16.7 million in bursaries and £198 million in endowments at modern value.

At the time, many Scots capitalized on sugar plantations worked by slaves in Caribbean countries.

“From the very first, we determined to be open, honest and transparent with the findings and to produce a program of reparative justice,” said Dr. David Duncan, chief operating officer and university secretary at Glasgow.

As a part of the initiative, Duncan and Sir Dr. Hilary Beckles, vice chancellor of the University of the West Indies, signed a memorandum of understanding to solidify the relationship between the two schools.

Beckles described the reparations effort as a “bold, moral, historic step” and an example of 21st-century “university enlightenment.”