Police in Oregon have arrested a woman following the shooting death of a Portland State University basketball player, according to an Associated Press report in the New York Post. 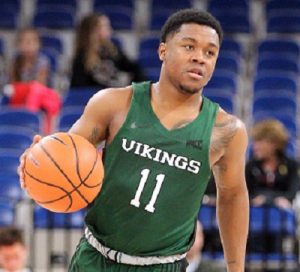 Damian Strickland said the shooting also injured Deante’s aunt and grandmother, both named Shirley, who went through surgery Saturday and are expected to survive.

“I would like to get justice for the person who shot my little sister, but (the suspect is) my baby niece,” Strickland said. “It’s tough.”

The suspect is being held in the Multnomah County Detention Center without bail on suspicion of murder and two counts of attempted murder.

Authorities said the shooting occurred at a house, and verified that two women were injured by gunfire and sustained what are believed to be non-life threatening injuries.